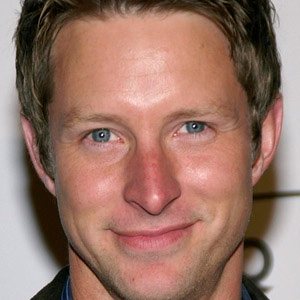 Played the role of Detective Matt Seely on the drama, Crossing Jordan with .

He studied government at Harvard University.

He played the role of Tobey on the melodrama, Dawson's Creek with .

He grew up in Ohio with his family and attended Bishop Denis J. O'Connell High School.

He appeared on an episode of Revenge with Emily VanCamp.