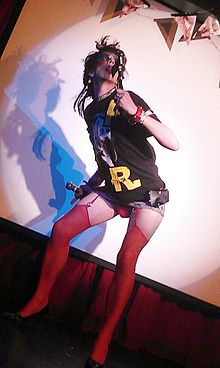 David Hoole was born on September 19, 1962, is Actor, Writer, Composer. David Hoole is an actor and writer, known for Stop Action Faces (1993), Over Beautiful British Columbia: An Aerial Adventure (2002) and Llama Llama (2018).
David Hoole is a member of Actor 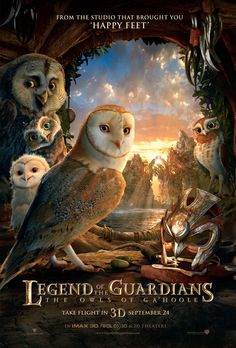 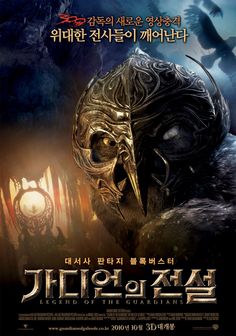 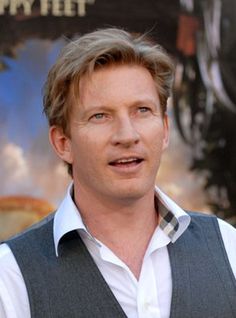 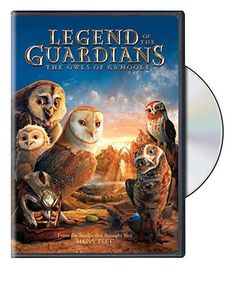 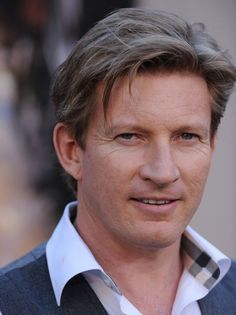 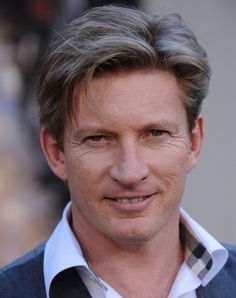 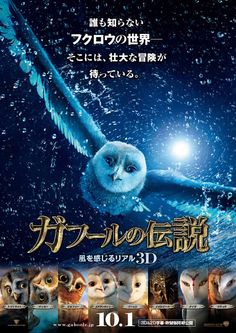 Aged twenty-one, he then left Blackpool and moved south to London, where he began to actively socialise in the city's gay scene. Here he temporarily gained a job playing the role of hunchbacked butler Riff-Raff in a stage production of The Rocky Horror Show, although was forced to quit when his alcohol and illegal drug intake got out of control. He would later comment that in London during these years he had "a lovely time. It was like going out for a night and it carried on for three years." However, it was during the 1980s that the HIV/AIDS epidemic hit the gay population and with little education or medical treatments, several of his friends' contracted and died of the virus; "people started to drop like flies. In our early twenties, we were losing our friends similarly to people of pension age." Partly because of the epidemic, Hoyle decided to leave London, moving back up north and settling down in Manchester.

Born into a lower-middle-class background in Layton, Blackpool, Lancashire, Hoyle was heavily bullied for his homosexuality as a child, leading to a mental breakdown aged fourteen. He began performing at a local working men's club before moving to London and then Manchester. It was here that he began performing at gay clubs in the city in the early 1990s, eventually developing the character known as The Divine David, an "anti-drag queen" who combined "lacerating social commentary" with "breathtaking instances of self-recrimination and even self-harm." Eventually taking his character to television, he appeared on the BBC's Comedy Nation (1998) and produced two shows for Channel 4, The Divine David Presents (1998) and then The Divine David Heals (2000). That year, he decided to bring an end to The Divine David character, performing a farewell show at Streatham Ice Arena entitled The Divine David on Ice.

David Hoyle first came to prominence through the clubbing scene around Manchester's Gay Village in the early 1990s, when club nights introduced performance elements to add to their experience. Hoyle was the host and compere at Manchester's Paradise Factory nightclub, and was also involved in the early days of the superclub Manumission, when it started as a club night in Manchester. He came to the notice of a London audience via his weekly performances at Duckie, from 1995 onwards. Soon after, Louise Gray published the first national press interview with Hoyle ('David versus Goliath', 29 November 1996). He also performed at the Queer Up North festival and the Leeds conceptual art club 'Freakshow'. Hoyle began appearing as a character whom he called 'The Divine David', which would later be described by reporter Ben Walters as "a sort of anti-drag act caustically lamenting the narcissism of the gay mainstream... through song, dance, painting and whatever else took his fancy." Other elements of his performance included pole dancing, mural painting and even striptease. Meanwhile, Hoyle had begun indulging in large quantities of alcohol and illegal drugs, leading to a "lot of near-death experiences".

In 2000, Hoyle publicly killed off the Divine David in a show entitled The Divine David on Ice which was held at Streatham Ice Rink in London; at the end of the show, the character died to the Soundtrack David Bowie's "Rock 'n' Roll Suicide". Commenting on the reason for killing off The Divine David, Hoyle would relate that:

Emerging from five years as a recluse, in 2005 Hoyle appeared in the Channel 4 sitcom Nathan Barley, written by television satirists and comedians Charlie Brooker and Chris Morris. In Nathan Barley, which only ran for one series, Hoyle played an ageing popstar named Doug Rocket, a founding member of a band named The Veryphonics (thereby being a parody of David A. Stewart, the founding member of 1980s synthpop band Eurythmics).

He subsequently met theatre Director Sarah Frankcom, who helped him to produce a show known as David Hoyle's SOS, which toured the UK in 2006. Considering it to be his most autobiographical show to date, Hoyle told a reporter that it was inspired by his childhood growing up in Blackpool, commenting that "you've got all that showbusiness seaside stuff going on" in it.

In 2007, Hoyle launched a new ten-part show at the Royal Vauxhall Tavern in London, produced by fellow avant-garde performer Duckie, entitled Magazine. Each week, Hoyle would deal with a different subject, examining such topics as immigration, crime and punishment, dogging, HIV/AIDS, women's issues and alcoholism. In doing so he hoped that he could get his audience thinking about intellectual topics, stating that "All I can provide with Magazine is a microcosm of a macrocosm... But at the Royal Vauxhall Tavern the truth will be revealed and it will be a shared experience and there will be a mass lifting of consciousness. That's all I can say." For the performance dealing with HIV/AIDS, Hoyle screened a short film of his own HIV test that was taken earlier that day, the first which he had had in twenty years. The result came out negative, but as reporter Lyn Gardner remarked, "had it been positive, I am certain he would still have shown us the clip." That same year, Hoyle also worked with the experimental theatre troup Victoria.

In 2009, Hoyle publicly proclaimed that he was intending to stand for election as a member of parliament in the Vauxhall constituency in south London. Standing as a representative of the Avant-Garde Alliance Party, he proclaimed that, should he come into power, he would advocate killing local Priests and other authority figures to bring about "a new way, a new way of being, a new way of living, a new way of responding. No longer are we going to look to others to tell us how to be." These "pseudo-faux-adult parental figures", Hoyle claimed, "have had a jolly good run for their money and it's now time for them to fuck off". He further went on to advocate polygamy and encouraged more sex (including "inter-species love [and] inter-generational sex"), believing that it would cut crime rates. Furthermore, he argued for an overhaul of the workplace system, encouraging people to adopt a "spiritual dimension" to their jobs, and called for the abolition of the arms trade, with weapons factories being converted into social housing.

In 2010, Hoyle premiered his first feature film, Uncle David, which he had both directed and starred in, at the London Lesbian and Gay Film Festival. Set in and around a caravan park in the Isle of Sheppey in Kent, Uncle David featured Hoyle in the title role as a man living with his adolescent nephew (played by Ashley Ryder, a "boyish porn actor" who had collaborated with Hoyle in some of his stage shows). The film explored the relationship between the two characters, with the action unfolding over a couple of days, with one reviewer writing that "Suspense and dread accumulate as the low-key naturalism and the characters' obvious affection for one another play-off against the enormity of what looms ahead." In November of that year, Hoyle and Ryder were awarded a shared Best Actor Award for their roles in the film at Chéries-Chéris, Paris Gay, Lesbian, Trans, Film Festival. Meanwhile, in December of that year he filmed a special Christmas message for the socially liberal newspaper The Guardian. In the run up the 2010 general election (UK) Hoyle announced his support for fellow queer-identified figure David Joseph Henry running against Hazel Blears in Salford and Eccles (UK Parliament constituency) by hosting the "Hazel Must Go" campaign's Launch Party standing for the Trade Unionist and Socialist Coalition.

In August 2011, Hoyle produced his first musical show, Unplugged, at London's Soho Theatre, during which he sang a medley of songs, some of which were covers and others which were his own creation. Directed by regular Hoyle collaborator Nathan Evans, the music was directed by Michael Roulston, and included a series of songs that had a "personal connection" to him; covers of Nine Inch Nails's "Hurt", New Order's "True Faith", Joseph McCarthy's "You Made Me Love You (I Didn't Want to Do It)", Stephen Sondheim's "Losing My Mind" and Tony Christie's "How Can I Entertain?", as well as a new song, "A Return to Trauma". Journalist Paul Vale of The Stage noted that it was "something of a departure" from Hoyle's earlier work, and that he was "almost sanitised" in his behaviour, providing "a healthy dialogue with his audience", discussing his "progressive views on education and a tongue-in-cheek dissection of avant-garde performance art, but mostly the chit-chat is either friendly or amiably abusive." Whilst noting that "Hoyle's anecdotes and wit were in full flow from the start", the reporter Jamie Fisher of the Pink Paper was more critical, noting that many would be "put off by his reliance on lavatorial humour and random avant-garde style", believing that he was destined to appeal "to a cult audience only".

In December 2012 Hoyle returned to the Soho Theatre with a stage show collection of songs written with Richard Thomas, covering a variety of topics raging from 'Gays in the Military' to the scandals of the BBC over the ages. Merrie Hell covers the dark side of the Christmas holidays set against melodies disjointed from the reality of subject covered within the show, with Thomas, who scored Jerry Springer: The Opera, helping bring levity alongside reflection and filthy humour.