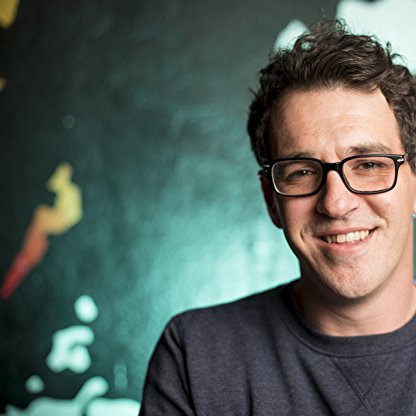 Dave Ross was born on 1952, is Actor, Writer. Dave Ross is a comedian based in Los Angeles, CA. He plays Trademarq in Comedy Central's Corporate. He tours all the time. Vans Warped Tour, Fest, SXSW, The Hollywood Improv, SF Sketchfest, The Bridgetown Comedy Festival and your basement are just a few of the places he's done stand-up. He's a Moth Grand Slam winner. He's been on This is Not Happening, Drunk History, WTF with Marc Maron and so much more.On stage, Dave has a blast. He yells a lot and laughs a lot, especially at his own stupidity. He hates perfection and loves mistakes. He makes every audience his family for the night, so he feels safe being the ridiculous, broken idiot that he is.
Dave Ross is a member of Actor 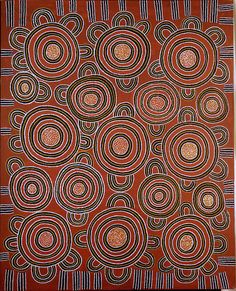 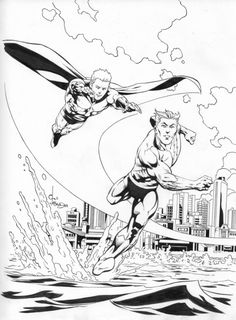 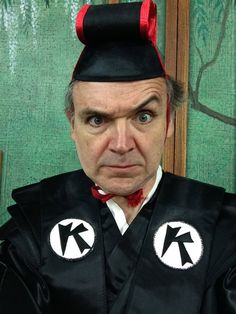 He met his wife Patti at Cornell, and they married in 1973. They have two daughters, Caitlin and Emilie.

In addition to hosting his talk show on radio station KIRO (AM) in Seattle, Ross broadcasts a national daily commentary on the CBS Radio Network. From 1983-2004 he hosted and produced the first syndicated daily radio report on computers, for the Associated Press, called Chip Talk. He was also part of the 1995 Launch Team for CNET, where he contributed segments called The Last Word to c|net central. Since 1992, Ross has also filled in for CBS Radio colleague Charles Osgood on his "Osgood File" commentaries. Ross has broadcast from overseas or outside Seattle to cover various historic events. For Example, on the eve of the 2003 invasion of Iraq, Ross traveled to the Persian Gulf to broadcast his radio show from Qatar. Other field trips included forays to cover the Pope's visit to Britain in 1982, trips to China in 1984 and the Soviet Union in 1987, the toppling of the Berlin Wall and the revolution in Czechoslovakia in 1989, the 1992 Rodney King riots Los Angeles, a 2002 trip to Jerusalem after a series of suicide bombings, a trip to Baghdad in April 2004 and many others.

Ross received the 2001 and 2005 RTNDA Edward R. Murrow Award for Best Commentary. He was unable to accept the 2001 award personally, however, because the ceremony was scheduled for September 12, 2001. He was booked on a FLIGHT to Nashville on September 11, 2001 but instead ended up on assignment in New York City covering the terrorist attacks. Ross has also received a Marconi Award nomination and Clarion and Gabriel Awards. He was voted “Best Talk Show Host” by the Seattle Weekly.

In the primary election held on September 14, 2004, Ross decisively defeated fellow Democrats Alex Alben and Heidi Behrens-Benedict. In the general election against King County Sheriff Dave Reichert in the general election on November 2, 2004, anti-Ross advertisements paid for by the National Republican Congressional Committee said that Ross "empowered terrorists" and that he would "wave a white flag" against them. The commercials said that Ross supported cuts to defense spending by $100 billion, but in fact Ross' statement was that he opposed the $100 billion missile-defense system sought by the Bush administration.

Ross is a member of the Seattle Gilbert and Sullivan Society, and has regularly appeared in their summer performances at Seattle Center, playing over 30 roles with the company. A 2006 review commented that "Ross, in his 27th season with the company, underplays the Major-General masterfully—snappy, energetic, not too mannered. ... [His] grand and hilarious [entrance] scene, especially at the insouciantly zippy tempo Ross takes, provided a lift and exhilaration I haven't felt in a while from any musical performance." Ross has received many warm reviews for his portrayal of the famous Gilbert & Sullivan "patter" roles and other baritone roles in the Savoy operas. At the International Gilbert and Sullivan Festival in Buxton, England, he played the role of Rudolph in the company's The Grand Duke in 1999 and also appeared at the festival in 1996.

On October 26, 2010 it was announced that Luke Burbank would be joining Ross as co-host on his KIRO radio show.

CQPolitics described the race this way: "Reichert's record as sheriff – which included capture of the notorious "Green River" serial killer – enabled him to defeat Democrat Dave Ross, a well-known Seattle-based radio talk show host, in 2004 with 51.5 percent and a 5 percentage-point margin." Ross returned to his talk show the following day.

He has served as President of the St. Monica’s school commission, a member of the Eastside Board of Catholic Community Services, and was on the steering committee of the Campaign 5000 African-American community development bank. As of 2007, he served on the boards of the Seattle Transportation Choices Coalition and Economic Opportunity Institute.