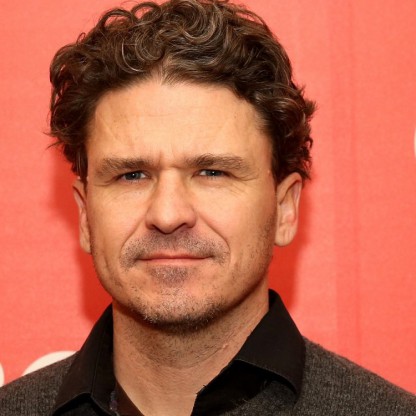 Dave Eggers was born on March 12, 1970 in Chicago, United States. Dave Eggers is known for writing wonderful, gripping stories that tug at the heart. His award-winning body of work consists of several non-fiction, fiction, humor, screenplays, a series on salon.com, several essays and articles. As editor and contributor, he has worked on several works of post-modern literature. Almost all of his works have received significant amount of critical acclaim, not to mention commercial success. This has helped cement his place in the world of post-modern literature. He has thrown the doors open to bridging the divide between ethnic and religious groups through his fresh and honest works of fiction and non-fiction. He has found more success through his more recent work as a novelist, screenwriter, satirist, album art designer, and a proponent of grassroots journalism and alternative comics. As a philanthropist, he is known for helping students get through college vide monetary and after-school help from his nonprofit foundation and its seven chapters. A visionary and a global thought leader, he is often invited to knowledge forums to deliver keynote addresses and engage eager audiences to fresh forward thinking.
Dave Eggers is a member of Writers 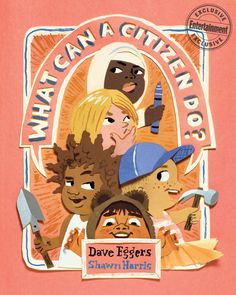 Eggers was born in Boston, Massachusetts, one of four siblings. His father, John K. Eggers (1936–1991), was an attorney, while his mother, Heidi McSweeney Eggers (1940–1992), was a school Teacher. His father was Protestant and his mother was Catholic. When Eggers was still a child, the family moved to the suburb of Lake Forest, near Chicago, where he attended high school and was a classmate of actor Vince Vaughn. Eggers attended the University of Illinois at Urbana-Champaign, intending to get a degree in journalism. However, his studies were interrupted by the deaths of both of his parents: his father in 1991 from brain and lung cancer, and his mother in January 1992 from stomach cancer. Both were in their 50s.

Might evolved out of the small San Francisco-based independent paper Cups, and gathered a loyal following with its irreverent humour and quirky approach to the issues and personalities of the day. An article purporting to be an obituary of former 1980s child star Adam Rich (originally intended to be Back to the Future star Crispin Glover, until Glover backed-out) garnered some national attention. The magazine regularly included humour pieces, and a number of essays and non-fiction pieces by seminal 1990s Writers, including "Impediments to Passion", an essay on sex in the AIDS era by David Foster Wallace.

Eggers began writing as a Salon.com Editor and founded Might magazine in San Francisco in the early 1990s with David Moodie and Marny Requa, while also writing a comic strip called Smarter Feller (originally Swell) for SF Weekly.

However, as Eggers later recounted in his memoir, A Heartbreaking Work of Staggering Genius, the magazine consistently struggled to make a profit, and finally ceased publication in 1997. An anthology of the best of Might magazine's brief run, 'Shiny Adidas Tracksuits and the Death of Camp' and Other Essays from Might Magazine, was published in late 1998. By this time, Eggers was freelancing for Esquire magazine and continuing to work for Salon.

Eggers founded McSweeney's, an independent publishing house, named for his mother's maiden name. The publishing house produces a quarterly literary journal, Timothy McSweeney's Quarterly Concern, first published in 1998; a monthly journal, The Believer, which debuted in 2003 and is edited by Eggers's wife, Vendela Vida; and, beginning in 2005, a quarterly DVD magazine, Wholphin. Other works include The Future Dictionary of America, Created in Darkness by Troubled Americans, and "Dr. and Mr. Haggis-On-Whey", all children's books of literary nonsense, which Eggers writes with his younger brother and uses as a pseudonym.

Eggers' first book was a memoir (with fictional elements), A Heartbreaking Work of Staggering Genius (2000), which focused on the author's struggle to raise his younger brother in San Francisco following the deaths of both of their parents. The book quickly became a bestseller and was a finalist for the Pulitzer Prize for General Non-Fiction. The memoir was praised for its originality, idiosyncratic self-referencing, and for several innovative stylistic elements. Early printings of the 2001 trade-paperback edition were published with a lengthy postscript entitled, Mistakes We Knew We Were Making.

Eggers's elder brother, Bill, is a researcher who has worked for several conservative think tanks, doing research promoting privatization. Eggers's sister, Beth, died of suicide in November 2001. Eggers briefly spoke about his sister's death during a 2002 fan interview for McSweeney's.

In 2002, Eggers and educator Nínive Clements Calegari co-founded 826 Valencia, a nonprofit writing and tutoring center for kids ages 6–18 in San Francisco. It has since grown into six chapters across the United States: Los Angeles, New York City, Chicago, Ann Arbor, Michigan, Washington, D.C., and Boston, all under the auspices of the nonprofit organization 826 National.

In November 2005, Eggers published Surviving Justice: America's Wrongfully Convicted and Exonerated, a book of interviews with former prisoners sentenced to death and later exonerated. The book was compiled with Lola Vollen, "a physician specializing in the aftermath of large-scale human rights abuses" and "a visiting scholar at the University of California, Berkeley's Institute of International Studies and a practicing clinician".

In 2006, he appeared at a series of fund-raising events, dubbed the Revenge of the Book–Eaters tour, to support these programs. The Chicago show, at the Park West theatre, featured Death Cab for Cutie front man Ben Gibbard. Other performers on the tour included Sufjan Stevens, Jon Stewart, Davy Rothbart, and David Byrne. In September 2007, the Heinz Family Foundation awarded Eggers a $250,000 Heinz Award (given to recognize "extraordinary achievements by individuals") in the Arts and Humanities. In accordance with Eggers's wishes, the award money was given to 826 National and The Teacher Salary Project.

He was one of three 2008 TED Prize recipients. His TED Prize wish was for helping community members to personally engage with local public schools. The same year, he was named one of "50 Visionaries Who Are Changing the World" by Utne Reader.

On November 7, 2009, he was presented with the "Courage in Media" Award by the Council on American-Islamic Relations for his book Zeitoun. Zeitoun was optioned by Jonathan Demme, who considered an animated film-rendition of the work. To Demme, it "felt like the first in-depth immersion I'd ever had through literature or film into the Muslim-American family. … The moral was that they are like people of any other faith, and I hope our film, if we can get it made, will also be like that." Demme, quoted in early 2011, expressed confidence that when the script was finished, he would be able to find financing, perhaps even from a major studio. However, in May 2014, The Playlist reported that the film was "percolat[ing] in development". Demme passed away in April 2017, and the project has not been heard of since.

In April 2010, under the umbrella of 826 National, Eggers launched ScholarMatch, a nonprofit organization that connects donors with students to make college more affordable.

Eggers followed this with The Circle, released in October 2013, and depicting the life of a young worker at a fictional San Francisco-based Technology company in the near Future, as she faces doubts about her vocation, due to the company's seemingly well-intentioned innovations revealing a more sinister underlying agenda. Completing the productive spell, a new novel concerning anxiety with America's place in the world, Your Fathers, Where Are They? And the Prophets, Do They Live Forever?, was published in June 2014. In November 2015, Your Fathers, Where Are They... was longlisted for the 2016 International Dublin Literary Award, Eggers' fifth nomination for the award following earlier nominations for The Circle, A Hologram for the King, The Wild Things, and What is the What.

In July 2016, Eggers published his sixth novel Heroes of the Frontier. Earlier the same year, a film adaptation of Eggers' earlier novel A Hologram for the King was released, to mixed reviews and middling commercial performance. The Circle, a film version of Eggers' book, starring Emma Watson, John Boyega, and Tom Hanks (who had starred in the Hologram for the King adaptation), was released in April 2017. Eggers is set to follow-up Heroes of the Frontier with The Monk of Mokha (2018), another nonfiction biography in a similar vein to Zeitoun, billed by the publishers as "the exhilarating true story of a young Yemeni American man, raised in San Francisco, who dreams of resurrecting the ancient art of Yemeni coffee but finds himself trapped in Sana’a by civil war."