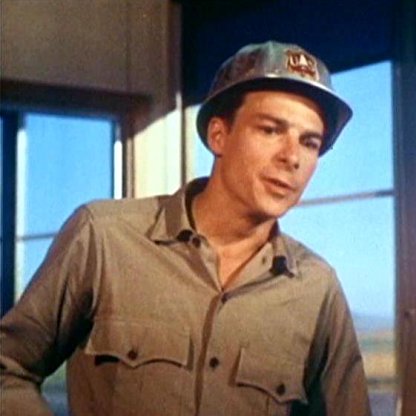 Darwin Joston was bornon December 09, 1937 in  Winston-Salem, North Carolina, United States, is Actor, Transportation Department, Sound Department. "Got a smoke?" Darwin Joston secured himself a permanent place in cult movie history with that particular laconically witty line as laid-back Death Row-bound convict Napoleon Wilson in John Carpenter's outstanding urban action thriller classic Assault on Precinct 13 (1976). Wilson was undoubtedly Joston's best role, and he played it with exceptional skill: mellow, low-key and disarmingly casual with a cool sense of dry ironic humor and a wickedly funny way with a sardonic wisecrack. Joston's terrific portrayal of the acidic and fatalistic Wilson should have led to bigger and better things. Alas, it did not.He was born as Francis Darwin Solomon on December 9, 1937, in Winston-Salem, North Carolina. His parents were Mary Elizabeth Smith and Buford Odell Solomon. Joston attended Glenn High School in Kernersville, North Carolina, where he was considered a talented athlete. Following graduation from the University of North Carolina at Chapel Hill in 1960, Darwin moved to New York and began acting in stage plays and summer stock productions for about five years in the early to mid 1960s. He then moved to Los Angeles to continue his acting career.Compared to his substantial starring role in "Assault on Precinct 13," most of Joston's other film parts were relatively small: he's an ill-fated soldier in the dreadful killer snake dud Rattlers (1976), a beleaguered pencil-factory clerk in Eraserhead (1977), a drunken truck driver in Coast to Coast (1980), a coroner in the splendidly spooky The Fog (1980) and a typically relaxed FBI agent in the entertainingly crummy science-fiction/horror hoot Time Walker (1982) (Joston was reunited with his fellow "Assault on Precinct 13" cast member Austin Stoker in this latter picture).Joston also did guest spots on such TV shows as ALF (1986), Hill Street Blues (1981), Remington Steele (1982), Spenser: For Hire (1985), The Rookies (1972), McCloud (1970), Ghost Story (1972), Ironside (1967), The Rat Patrol (1966), Lassie (1954) (in which he had a recurring role) and The Virginian (1962). In addition to his acting credits, Joston worked behind-the-scenes as either a driver or a transportation captain on such features as The American President (1995), Wild at Heart (1990), La Bamba (1987), Back to the Beach (1987), The Ladies Club (1986), Down and Out in Beverly Hills (1986) and The Buddy Holly Story (1978).Darwin Joston died of leukemia on June 1, 1998. Although he's no longer with us, Joston nonetheless will forever live on in our hearts and memories as the supremely amiable, if notorious, killer criminal Napoleon Wilson. "Got a light?"
Darwin Joston is a member of Actor 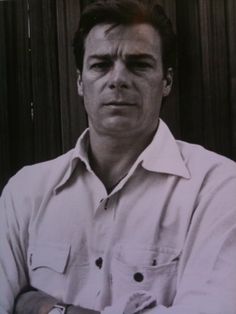 After college, Joston moved to New York City and began his professional career as a stage actor in various theater and summer stock productions. He lived and worked in New York for five years and then moved to Los Angeles, California, where, from the mid-1960s through the mid-1970s, Joston acted primarily in television. He appeared in a number of popular series including Lassie (in which he had a recurring role), The Virginian, The Rat Patrol, Ironside, The Rookies, and McCloud. He also had guest roles in episodes of the short-lived series Longstreet and Ghost Story/Circle of Fear.

Joston also acted in genre films during this phase of his acting career. Of the two films that were released theatrically, the first was the 1971 western-themed, grindhouse exploitation film, Cain's Cutthroats, in which he played Billy-Joe, a psychopathic, mother-obsessed, sexually-warped Confederate soldier. The second film was the low-budget 1976 horror movie, Rattlers, in which he played a soldier who is killed by a horde of rattlesnakes.

Joston is known for his iconic portrayal of Napoleon Wilson, the sardonic, shotgun-toting, anti-hero in Assault on Precinct 13, John Carpenter's 1976, Howard Hawks-inspired, action film. Carpenter has said that he wrote the Napoleon Wilson role with Joston in mind and imbued the character with some of Joston's personality traits. When Carpenter was writing the screenplay for Assault on Precinct 13, he and Joston both lived in the same Hollywood Hills apartment building and became friends. Having gotten to know Joston and his dark sense of humor, Carpenter felt that his neighbor would make an interesting anti-hero.

During the five years following the release of Assault on Precinct 13, Joston appeared in three more independent films. He played Paul, the beleaguered pencil-factory clerk, in David Lynch's classic 1977 cult film, Eraserhead. According to Joston, Lynch wanted to cast him in the part after seeing one of his previous performances (though Joston did not know which one), and he contacted Joston about playing the role through a mutual friend. He worked with Carpenter again in the 1980 horror film, The Fog, playing the coroner, Dr. Phibes. Shortly afterward, Eric Red, then a young film-maker and a fan of Joston's performance in Assault on Precinct 13, cast Joston in the lead role of the world-weary hitman in Red's 1981 short film, Gunmen's Blues.

Joston also worked on the transportation crews of two 1978 movies, The Buddy Holly Story and Ruby and Oswald.

In the 1980s, Joston's acting career became more sporadic, and he made a gradual transition from acting to working full-time as a teamster on film and television transportation crews. He had begun working as a teamster when he was between acting jobs, which, according to Joston, was much of the time; eventually, he became so busy working on film crews that he rarely had time to look for roles. After 1986, he worked primarily in transportation until his retirement in 1994.

Joston's last film role was in the 1982 B-movie (and Mystery Science Theater 3000 favorite) Time Walker (also known as Being from Another Planet), in which he appeared with his Assault on Precinct 13 co-star, Austin Stoker; and the last two years of his acting career were spent playing guest roles in television series such as Hill Street Blues, Spenser: For Hire, Knight Rider, and Remington Steele. He also performed as a voice actor in Showtime's short-lived, 1985 animated series Washingtoon. His final television role was in a 1986 episode of the comedy series ALF.

From 1986 until 1994, he worked as a driver, driver captain, or transportation captain (sometimes with his son, Shawn Solomon) on various television productions and on films such as Down and Out in Beverly Hills (1986), La Bamba (1987), Lynch's 1990 film Wild at Heart, and The American President (1995).

After Joston retired, he moved from Los Angeles back to Winston-Salem. Several years later, on June 1, 1998, he died of leukemia at Forsyth Medical Center. His funeral was held on June 4, 1998 at the Oaklawn Baptist Church in Winston-Salem; the services were conducted by his brother, Talmadge, and by Rev. Paul Riggs.