Darren Woods net worth and salary: Darren Woods is an American businessman who has a net worth of $80 million. He is best known for being the CEO of ExxonMobil. In a typical year Darren earns around $20 million per year in salary.
Darren Woods is a member of CEOs 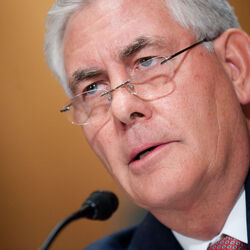 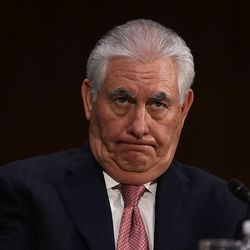 His base salary is $2.2 million. For example, in 2019 he earned $23.5 million, of which $7 million came from pension benefits, $2.2 million was base salary and the remainder was bonus and stock awards. In 2018 he earned $18 million. As of this writing, Darren owns approximately 830,000 shares of Exxon which are worth around $35 million.

Darren Woods was born in Wichita, Kansas. He graduated from Texas A&M University and earned his MBA from Northwestern University. Woods became the chief executive officer and chairman of ExxonMobil in January 2017. He joined Exxon in 1992 and worked there for 24 years before being promoted to CEO after Rex Tillerson was nominated to be the next United States Secretary of State by President Donald Trump. Woods has been known for refining the oil side of the business. He formerly ran the chemical and refining divisions. He has publicly endorsed the Paris climate accord and has said that the combination of hydraulic fracturing and horizontal drilling has "shattered the Peak Oil myth". ExxonMobil posted a revenue of $279.3 billion in 2018 and has more than 70 thousand employees.