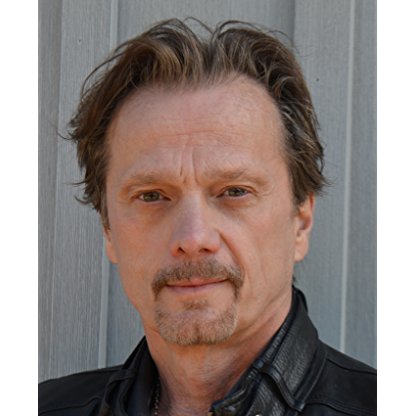 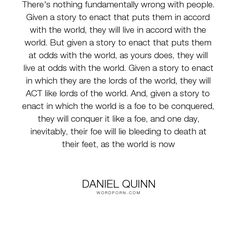 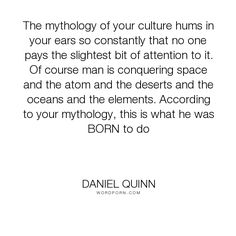 In 1975, Quinn left his career as a publisher to become a freelance Writer. He is best known for his book Ishmael (1992), which won the Turner Tomorrow Fellowship Award in 1991. This fellowship was established to encourage authors to seek "creative and positive solutions to global problems." Ishmael became the first of a loose trilogy of novels by Quinn, including The Story of B and My Ishmael. Ishmael and its follow-ups brought increasing fame to Quinn throughout the 1990s, and he became a very well-known author to segments of various social and political groups, including the environmental, simplicity, and anarchist movements, none of which he strongly self-identifies with. Nevertheless, his views are said to have "articulated the most prevalent cosmogony found within radical environmental subcultures."

Ishmael directly inspired the 1998 Pearl Jam album Yield (and particularly the song "Do the Evolution"), the name of the band Animals as Leaders, the ideology behind the 1999 drama film Instinct, and the 2007 documentary film What A Way To Go: Life at the End of Empire. Quinn's writings have also influenced the filmmaker Tom Shadyac (who featured Quinn in the documentary I Am), as well as the Entrepreneur Ray C. Anderson, founder of Interface, Inc. (the world's largest manufacturer of modular carpet), who began transforming Interface with more "green" initiatives. Actor Morgan Freeman's interest in the Ishmael trilogy inspired his involvement with nature documentaries, such as Island of Lemurs: Madagascar and Born to Be Wild, both of which he narrated, while adopting from Quinn the phrase "the tyranny of agriculture." Punk rock band Rise Against includes Ishmael on their album The Sufferer & the Witness' reading list.

Quinn's book Tales of Adam was released in 2005 after a long bankruptcy scuffle with its initially scheduled publisher. It is designed to be a look through the animist's eyes in seven short tales; Quinn first explores the idea of animism as the original worldwide religion and as his own dogma-free belief system in The Story of B and his autobiographical Providence.