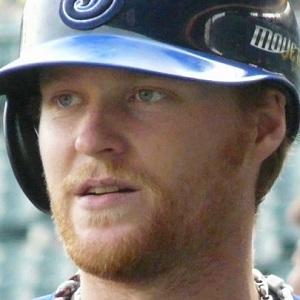 MLB first baseman who began his career with the Oakland Athletics in 2005.

He played college baseball for the University of Nebraska, where he helped the Cornhuskers qualify for the College World Series.

He was named Topps All-Star Rookie First Baseman in 2005.

He was born and raised in Coon Rapids, Minnesota.

He joined Paul Konerko on the Chicago White Sox in 2012.