D. S. Senanayake was born on October 21, 1883 in Mirigama, Sri Lankan, is First Prime Minister of Sri Lanka. Don Stephen Senanayake respected as the ‘Father of the Nation’, was the first Prime Minister of Ceylon (now Sri Lanka) post independence. He is remembered for his leadership in the peaceful political movement aimed at achieving independence from the British. On February 4, 1948, the nation was granted self-rule as the Dominion of Ceylon. Senanayake became the first Prime Minister of independent Ceylon in 1948 and held the office till his death. Prior to premiership, he was elected to the Legislative Council of Ceylon. He represented the ‘Ceylon National Congress’ in the newly created ‘State Council of Ceylon’ and later served as the Minister of Agriculture and Lands. He initiated ‘Land Development Ordinance’ that aided at cultivation of barren lands by implementing various irrigation schemes. He made efforts to modernise agriculture and also stressed on developing cooperatives. He played an instrumental role in effecting many leading hydro-power and irrigation projects such as ‘Gal-Oya’, ‘Inginiyagala’ and ‘Udawalawa’. He later left ‘Ceylon National Congress’ and founded the ‘Union National Party’ (‘UNP’). He was respected as a Prime Minister by all communities including the Sinhalese, Tamils and Muslims.
D. S. Senanayake is a member of Prime Ministers 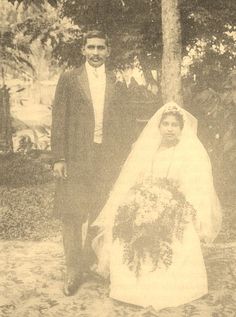 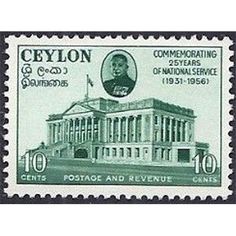 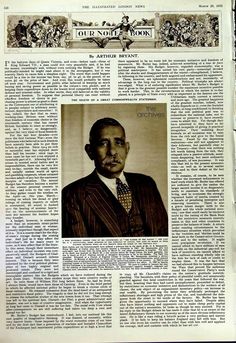 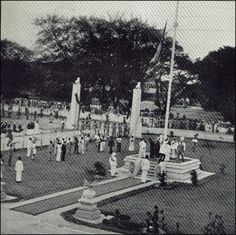 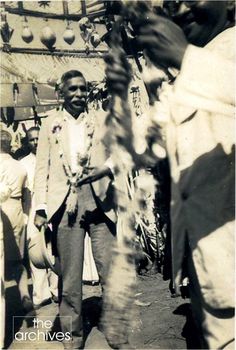 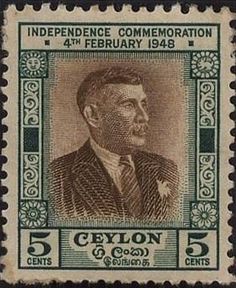 He was born in the village of Botale in the Hapitigam Korale on 21 October 1883 to Don Spater Senanayake (1847–1907) and Dona Catherina Elizabeth Perera Gunasekera Senanayake (1852–1949). Spater Senanayake had made his fortune in graphite mining and at the time he was expanding into plantations and Investments in the arrack renting franchise, later he would be awarded the title of Mudaliyar for his philanthropy. Stephen Senanayake had two elder brothers, Don Charles "D. C." Senanayake and Fredric Richard "F. R." Senanayake; and one sister, Maria Frances Senanayake who married F. H. Dias Bandaranaike.

D. S. Senanayake married in 1910 Molly Dunuwila the daughter of R. R. Dunuwila, then Secretary of the Colombo Municipal Council and Grace Jayatilaka, daughter of Frederick Jayatilaka of the Ceylon Civil Service and District Judge of Kalutara. They had two sons, Dudley Shelton Senanayake (19 June 1911 – 13 April 1973) and Robert Parakrama Senanayake (8 April 1913 – 26 April 1986). His eldest son, Dudley Shelton Senanayake, succeeded him as Prime Minister in 1952, followed by another relative, Sir John Kotelawala (1897–1980) in 1953, but this nine-year family dynasty was ended by a landslide victory for Solomon West Ridgeway Dias Bandaranaike in 1956, campaigning under the "Sinhala Only" slogan. Dudley Senanayake regained the Prime Ministership in 1960, and served again from 1965 to 1970. Rukman Senanayake, one of his grandsons, is a former cabinet minister, former chairman of the UNP, current member of parliament, and Assistant Leader of the UNP.

The three Senanayake brothers were involved in the temperance movement formed in 1912. When World War I broke out in 1914 they joined the Colombo Town Guard. The brothers were imprisoned without charges during the 1915 riots and faced the prospect of execution since the British Governor Sir Robert Chalmers considered the temperance movement as seditious. He was released after 46 days he was released on a bail bound. Brutal suppression of the riots by the British initiated the modern independence movement led by the educated middle class. Don Stephen and Don Charles were prominent members of the political party Lanka Mahajana Sabha. Fredrick Richard and Don Charles were committed supporters of the Young Men's Buddhist Association. D. S. Senanayake played an active role in the independence movement, initially in support of his brother Fredrick Richard.

After completing schooling, he worked as a clerk in the Surveyor General's Department, but left after a period of apprenticing. He joined his brother D. C. Senanayake in running his fathers extensive Business holdings. He worked as a planter, introducing the new commercial crop of rubber to the family plantations. He managed the Kahatagaha graphite mines which was owned by his brother F. R. Senanayake wife's family. F. R. Senanayake had married the youngest daughter of Mudaliyar Don Charles Gemoris Attygalle. He was a member of the Low-Country Products Association and of the Orient Club. In 1914, he was appointed as a member of a government commission sent to Madagascar to study and report on their graphite mining industry.

In 1924, Senanayake was elected unopposed to the Legislative Council of Ceylon from Negombo. He became the secretary (similar to a whip) of the unofficial members group of the Legislative Council, activity engaged in proceedings with a particular interest in subjects related to agriculture, lands and irrigation. He questioned the biased policies of the colonial administration in the plantain industry, the cost overruns of the Batticaloa line and the Trincomalee line; the delays in the Norton Bridge Dam and advocated for the establishment of the first university in the island close to Kandy. In 1927, he acted on behalf of Gerard Wijeyekoon in the Executive Council. Fredrick Richard died on a pilgrimage to Buddha Gaya in 1925 and Don Stephen assumed his leadership of the independence movement.

As Minister of Agriculture and Lands, initiated a policy to effectively combated Ceylon's agricultural problems and established the Land Development Ordinance, an agricultural policy to counter Ceylon's rice problems. This policy earned him respect, and he continued to be a minister for fifteen years, having been re-elected in 1936. He also enforced a productivity programme of "Agricultural Modernisation". He introduced the Land Bill, expanded the Cooperativeco-operative movement in Ceylon, assisted in the founding of the Bank of Ceylon. In 1940, following a heated discussion with the Governor which resulted from the Inspector General of Police refusing to follow a request by the Minister of Home Affairs, Senanayake gave his resignation which was followed by the other Ministers. The resignations were withdrawn shortly following settlement with the Governor.

At the onset of World War II in the far east, on 1 December 1941 a Civil Defence Department was formed with Oliver Goonetilleke as Commissioner. D. S. Senanayake, as Minister of Agriculture and Lands and a member of the Ceylon war council took an active role in food supply and control. He was tasked with many defence projects, including rapid construction of an airfield at the Colombo Racecourse, which he achieved making it was available of the defence of Ceylon during the Easter Sunday Raid.

In December 1942, Senanayake became the Leader of the House and Vice Chairman of the Board of Ministers in the State Council, upon the retirement of Sir Baron Jayatilaka, Minister of Home Affairs. On 26 May 1943, the British Government made the Whitehall Declaration of 1943 on Ceylon constitutional change, which enabled ministers to make submissions. This bypassed the Governor, who called for a commission from the colonial office to halt the activities of the ministers. Senanayake resigned from the National Congress disagreeing with its resolution on independence and instead approached the commission with his proposal of dominion status and they accepted the ministers' submissions, publishing these in the Sessional Paper XIV of 1944. In 1944, the Soulbury Commission was formed. In 1945, he proceeded to London to meet the Secretary of State for the Colonies, Oliver Stanley however met the newly appointed George Hall who had succeeded Stanley following Labour's win in the 1945 general election. He resigned his ministry in 1946 to push for full independence. That year he formed the United National Party (UNP) by amalgamating three right-leaning pro-Dominion parties.

In the early years of Senanayake's premiership he faced opposition and criticism from many of the leftist parties. He soon had difficulties with one of the strongest members of his cabinet and leader of the largest factions of his party, S. W. R. D. Bandaranaike. Bandaranaike joined his Sinhala Maha Sabha in forming the UNP in 1947 having given the impression that Senanayake would soon retire and he would succeed him. With no signs of Senanayake retiring and conflicts with Senanayake on hard line nationalist policies of he had, in 1951, Bandaranaike resigned from his posts and dissolved the Sinhala Maha Sabha and established the Sri Lanka Freedom Party (SLFP). Senanayake assumed the portfolio of Health and Local Government held by Bandaranaike and began countering his break in parliament for the next few months.

Senanayake's government introduced the Ceylon Citizenship Act which was passed by parliament on 20 August 1948 and became law on 15 November 1948. Only about 5,000 Indian Tamils qualified for citizenship. More than 700,000 people, about 11% of the population, were denied citizenship and made stateless. The bill had been opposed fiercely in Parliament by the Ceylon Indian Congress, which represented the Indian Tamils, and the Sinhalese leftist parties, as well as the All Ceylon Tamil Congress, which represented the Sri Lankan Tamils, including its leader G.G. Ponnambalam. This was followed by the Indian and Pakistani Residents (Citizenship) Act No.3 of 1949 and the Ceylon (Parliamentary Elections) Amendment Act No.48 of 1949

Although Ceylon had maintained a small volunteer force, Senanayake introduced the Army Act (1949), Navy Act (1950) and the Air Force Act (1951) establishing the Armed forces of Ceylon. Having engaged in Defence Agreement with Britain when gaining independence, Senanayake retained British bases in Ceylon and gain her assistance in training and arming the its new military.

Senanayake held the portfolio of Ministry of External Affairs and Defence. He developed Ceylon's post-independence foreign policy, establishing formal relations with foreign nations. Initially gaining membership of the Commonwealth and establishing diplomatic ties other member countries, he established diplomatic relations with the United States and Japan. He established the Ceylon Overseas Service to build a carder of career diplomats. He hosted the Commonwealth Conference of Foreign Ministers, held in Colombo in January 1950. One of the significant outcomes of this conference was the establishment of the Colombo Plan.

He was taken to a nursing home where he remained unconscious for the next thirty-two hours. It was believed that he had suffered a stroke. He was treated by Dr M. V. P. Pieris, Ceylon's senior surgeon and a team of Professors from the University of Manitoba who had been visiting Ceylon as part of a WHO medical mission. A radio message was sent for Sir Hugh Cairns, who decided to fly out to Ceylon to attend the Prime Minister. Winston Churchill order a RAF Hastings with a double crew to take Sir Hugh. However the aircraft with three more doctors and two Nurses was taxing to take off when the message was received that it was too late as the Prime Minister's situation was deteriorating. Two more neurosurgeons from India and Pakistan had reached Colombo, it was too late. Senanayake passed away at 3:30 pm on 22 March 1952.

Statues of D. S. Senanayake have been erected in many parts of the island, including one at the Independence Memorial Hall and at the Old Parliament Building, Colombo. The lake created by the Gal Oya Dam has been named as the Senanayake Samudraya after him. Many schools, libraries and public buildings have been named in his honor and the Rt Hon D S Senanayake Memorial Shield is awarded at the Royal–Thomian in which he played for S. Thomas' in 1901 and 1902.