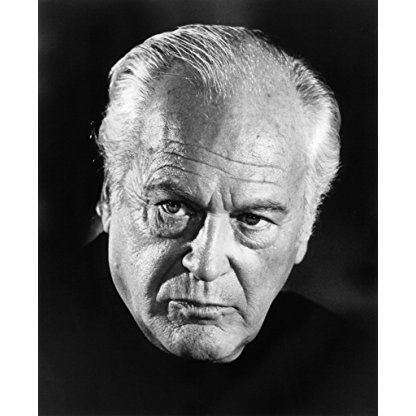 Curd Jürgens was born on December 13, 1915 in  Solln, Munich, Bavaria, Germany, Germany, is Actor, Director, Soundtrack. Curd Jürgens (commonly billed as "Curt Jurgens" in anglophone countries) was one of the most successful European film actors of the 20th Century. He was born Curd Gustav Andreas Gottlieb Franz Jürgens on December 13, 1915, in Solln, Bavaria, in Hohenzollern Imperial Germany, a subject of Kaiser Wilhelm II. Of Franco-German parentage, Jürgens -- who was born during the closing days of the second year of the First World War -- would abandon the country of his birth after the end of World War II: Jürgens became an Austrian citizen in 1945 and lived part-time in France.Jürgens entered the journalism profession after receiving his education, and married Louise Basler, an actress. Basler, the first of his five wives, encouraged him to switch careers and become an actor. He learned his new profession on the Vienna stage, which retained his loyalty even after he became an global film star. Jürgens was sent to a concentration camp for "political unreliables" in 1944, due to his anti-Nazi opinions. It was this experience in Nazi Germany that led him to become an Austrian citizen after the war.His appearance in Des Teufels General (1955) ("The Devil's General" (1955)), established him as a star of German cinema, and his role as Brigitte Bardot's older lover in Roger Vadim's Et Dieu... créa la femme (1956) (And God Created Woman (1956)) made him an international star. Always interested in multilingual European actors with good looks and talent, Hollywood beckoned the 6' 4" Jürgens, casting him in The Enemy Below (1957) as a WWII German U-boat commander in a duel with American destroyer commander Robert Mitchum. He constantly was in demand to play Germany military officers (e.g., The Longest Day (1962), the most expensive black-and-white film ever made) -- indeed, his last role was as "The General" in the miniseries Smiley's People (1982) -- and Germanic villains (e.g., "Cornelius", the cowardly and treacherous trading company representative, in Lord Jim (1965)) for the rest of his life. One of his most famous roles in the English-language cinema was as the James Bond villain, "Karl Stromberg", in The Spy Who Loved Me (1977); it was Moore's favorite Bond film.Jürgens considered himself primarily a stage actor and often performed on the Vienna stage. Though the world knew him as a cinema actor, he also directed several films and wrote several screenplays and an autobiography, "Sixty and Not Yet Wise" (1975). His death from a heart attack in 1982 in Vienna was front-page news across Austria and Germany.
Curd Jürgens is a member of Actor 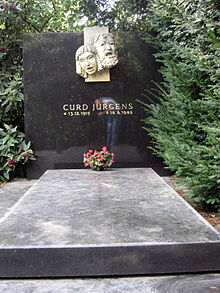 Jürgens was born on 13 December 1915 in the Munich borough of Solln, Kingdom of Bavaria, German Empire. His father, Kurt, was a trader from Hamburg, and his mother, Marie-Albertine, was a French Teacher. He began his working career as a Journalist before becoming an actor at the urging of his Actress wife, Louise Basler. He spent much of his early acting career on the stage in Vienna.

Jürgens was critical of National Socialism in his native Germany. In 1944, he was sent to an internment camp in Hungary as a "political unreliable".

Jürgens first Hollywood film was The Enemy Below (1957), in which he portrayed a German U-boat commander. In 1962 he played the German general Günther Blumentritt in The Longest Day. Later, in the James Bond film The Spy Who Loved Me (1977), he played the villain Karl Stromberg, a sociopathic industrialist seeking to transform the world into an ocean paradise. His last film appearance was as Maître Legraine, beside Alain Delon and Claude Jade in the spy-thriller Teheran 43 (1981). In English-language television he played Chancellor Otto von Bismarck in several episodes of the BBC series Fall of Eagles (1974) and appeared as General Vladimir in the BBC's Smiley's People (1982).

He titled his 1976 autobiography ... und kein bißchen weise (And not a Bit Wise).

Although he appeared in over 100 films, Jürgens considered himself primarily a stage actor. His last stage appearance was with the Vienna State Opera on 9 March 1981 as Bassa Selim in Mozart's opera Die Entführung aus dem Serail. He also directed a few films with limited success, and wrote screenplays.

Jürgens maintained a home in France, but frequently returned to Vienna to perform on stage. He died there from a heart attack on 18 June 1982. Jürgens had suffered a heart attack several years before. During this he had a near-death experience where he claimed he died and went to Hell. Jürgens was interred in the Vienna Central Cemetery.