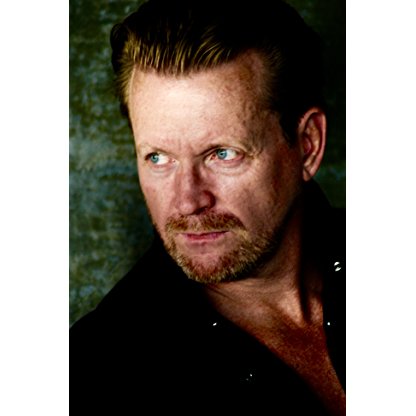 Conrad Goode was born on January 19, 1962 in  Columbia, Missouri, United States, is Actor, Producer, Writer. Conrad Goode, is an American actor, screenwriter, film producer, musician and artist. Best known for his roles in Don't Say a Word (2001), Con Air (1997), Anger Management (2003), Me, Myself & Irene (2000) and The Longest Yard (2005). Conrad got his start in a Miller Lite commercial with Joe Piscopo, which ironically has lead to a career of working with numerous SNL alums, including Adam Sandler, Chris Rock, Tracy Morgan, Chris Farley and notably a skit on Saturday Night Live (1975) with Kevin Nealon and the late Jan Hooks.Conrad has appeared in 40 national commercials, one being the famous Nike Bugs Bunny/Michael Jordan commercial where he was the first human to touch the animated Bugs. Conrad most recently wrote, produced and stared along with Laura Bell Bundy and Bailee Madison in the film Watercolor Postcards (2013) in 2013.Conrad is a singer/songwriter/guitarist, a published poet, and a painter. A former professional football player for the New York Giants and Tampa Bay Buccaneers. Conrad was an UPI, Football News 1st team All American, offensive lineman in 1983 out of the University of Missouri. He was inducted into the University of Missouri Sports Hall of Fame in 2007.
Conrad Goode is a member of Actor

He played college football at the University of Missouri and was named a first-team All-American in 1983 by the United Press. He was drafted in the 1984 NFL Draft by the New York Giants. He played two seasons with the Giants and one with the Tampa Bay Buccaneers, appearing in 35 games and starting in four of them. After receiving his SAG (Scree Actors Guild) card, his acting debut was with Joe Piscopo in a Miller Lite commercial. In 1990, he moved into episodic television as a bouncer in The Adventures of Superboy.

In 1990, he made the move to Los Angeles. Over the next two decades he appeared in commercials, motion pictures and television. He is a published poet and is also a Composer. He produced his first feature film, Watercolor Postcards. Goode has appeared in more than twenty films, including Paul Blart: Mall Cop 2, Don't Say A Word, Con Air, Anger Management, Me, Myself and Irene and The Longest Yard. He has appeared in 40 national commercials and a dozen television shows. He most recently wrote, produced and starred along with Laura Bell Bundy and Bailee Madison in the film Watercolor Postcards in 2014.