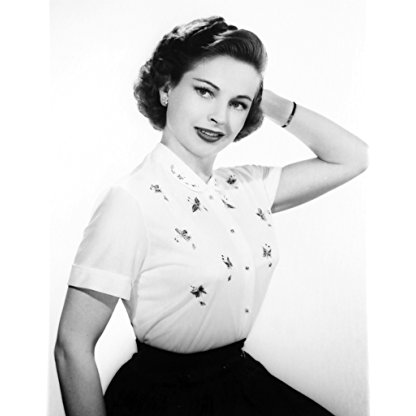 Coleen Gray was born on October 23, 1922 in  Staplehurst, Nebraska, United States, is Actress, Soundtrack. Coleen Gray was born in Staplehurst, Nebraska, in 1922. After graduating from high school she studied dramatics at Hamline University, graduating with a Bachelor of Arts degree. She then decided to see America and traveled to California, stopping off at La Jolla where she worked as a waitress. After several weeks there, she moved to L.A. and enrolled in a drama school. Her performances attracted a talent scout from 20th Century-Fox, with whom she signed a contract after a screen test. Although Fox put her in several good pictures (Kiss of Death (1947), Nightmare Alley (1947), The Razor's Edge (1946) in which she acquitted herself well, many of the roles they gave her were not worthy of her talent and she never became as big a star as many thought she should have. Still, she has an extensive list of credits in films, TV, radio and on the stage.
Coleen Gray is a member of Actress 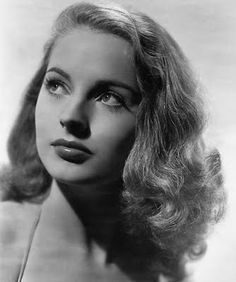 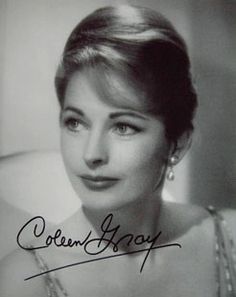 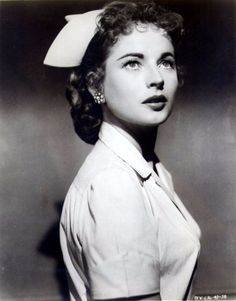 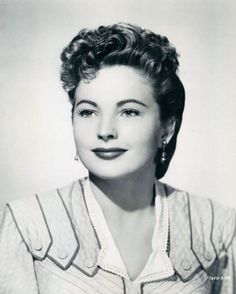 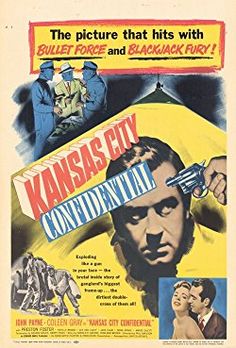 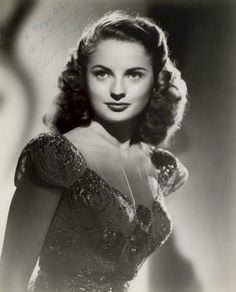 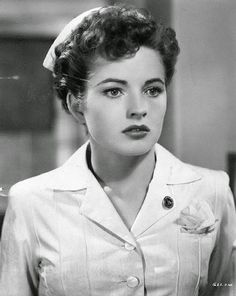 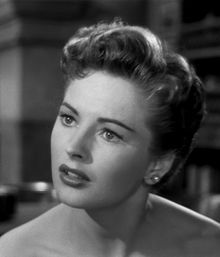 She had leading roles in the Los Angeles stage productions Letters to Lucerne and Brief Music, which won her a 20th Century Fox contract in 1944.

Gray worked steadily in the 1950s, but mostly in smaller movies. She played a crooked nurse in The Sleeping City (1950) and appeared in Kansas City Confidential (1952) and in the Stanley Kubrick film noir The Killing (1956), in which she played a lonely woman desperate for love. In the 1953 Western The Vanquished, she played a woman who attacks Jan Sterling with a pair of scissors in a crazed attempt to exonerate the man she loves (John Payne). Other films included Father Is a Bachelor (1950), The Leech Woman (1960), The Phantom Planet (1961), and P.J. (1968).

From the 1950s, Gray guest-starred in episodes of television series such as Four Star Playhouse, Maverick, Alfred Hitchcock Presents, Perry Mason, Mr. Ed, Rawhide in 1962 in the episode "The Devil and the Deep Blue" as Helen Wade, 77 Sunset Strip, Bonanza, The Deputy, Have Gun Will Travel, The Dakotas, Family Affair, Ironside,The Name of the Game and Branded. On May 23, 1962, she was cast as Miss Wycliffe in the series finale, "A Job for Summer", of the CBS comedy/drama series, Window on Main Street, starring Robert Young as a widowed author in his hometown. She made four guest appearances on Perry Mason, including the title role of defendant Lorraine Kendall in the 1960 episode, "The Case of the Wandering Widow."

In 1964, along with actors Victor Jory and Susan Seaforth, Gray testified before the United States Congress as part of "Project Prayer," arguing in favor of a constitutional amendment allowing school prayer.

Gray appeared in The Late Liz (1971), and acted in the films Forgotten Lady (1977), and Mother (1978) with Patsy Ruth Miller. Mother had a premiere at the Museum of Modern Art in New York City. Both Mother and Forgotten Lady were written for Gray by Brian Pinette, who also served as Director and Producer. She appeared in the religious film Cry From the Mountain (1986, in the USA), directed by James F. Collier.

In 1979, Gray married widowed biblical scholar Joseph Fritz Zeiser; they remained together until his death in March 2012. They worked together in Presbyterian causes and the non-profit organization, Prison Fellowship, founded in 1976 by Chuck Colson, a convicted felon in the Watergate scandal. Prison Fellowship assists the church in ministering to prisoners and their families and victims. Gray was a staunch conservative Republican.