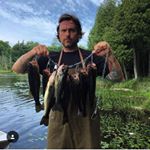 Wide receiver for the Detroit Lions was the first, and for more than 40 years the only, player to die on the field.

He was a star at Texas Western College, breaking records for most yards and most receptions in a single game, and most all-purpose yards in a season.

In the final minutes of a game against the Bears he collapsed while jogging back to the huddle; an autopsy revealed more than 75% of his heart arteries were blocked.

Born in Philadelphia, Pennsylvania, he grew up in Texas with his 12 siblings.

His #85 jersey was hung up in the rafters of Ford Field in Downtown Detroit, next to the #20 of Barry Sanders.