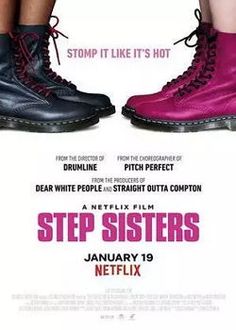 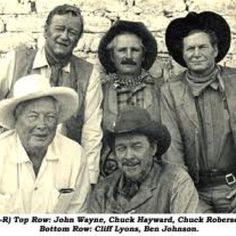 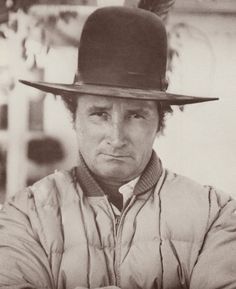 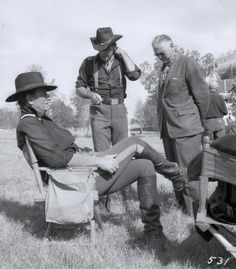 His parents, Bert and Hazel Hayward, were cattle ranchers on a farm near Hyannis, Nebraska, about sixty miles east of Hayward's birthplace in Alliance. He spent his early youth working cattle, then, at 16, left home to join the rodeo circuit as a bronc rider and horse trainer. In 1947, he arrived in Los Angeles and sought work as a wrangler on motion pictures. He began doing Stunts in 1949 on The Fighting Kentuckian, doubling John Wayne. The two became pals and Hayward subsequently stunted and doubled Wayne on nearly two dozen of the latter's films. Excelling at all sorts of horseback Stunts, Hayward doubled most stars of the period who found themselves in Westerns or otherwise astride a horse, including Marlon Brando, Yul Brynner, Steve McQueen, and Gregory Peck. He was prominent in The Big Country (1958), co-produced by Peck. He was known as "Good Chuck" in contrast to "Bad Chuck", Chuck Roberson another of Wayne's stunt doubles.

Before his Hollywood Stuntman career Chuck Hayward also worked as a Medic in the Merchant Marines and he stated that he served on Liberty Ships. His two boys, along with his wife Carol's best friend who was trying to save them, perished in a forest fire in the early 1980s.

He graduated into stunt coordination, arranging the Stunts in films such as The Deadly Companions (1961) and the TV series The Rat Patrol. He played small roles in numerous films and TV shows, and his appearance often served as an accurate predictor of an upcoming fight scene. He retired from stunt work in 1981, and from acting in 1989. Hayward was a member of the unofficial John Ford Stock Company, a lifetime member of the Stuntmen's Association of Motion Pictures and an inductee into the Stuntmen's Hall of Fame. He died from Hodgkin's Disease at his home in North Hollywood, California, in 1998. He was married three times, to Ellen Powell, by whom he had a daughter, and to Carol Lynn Shepherd. He had two children with Carol Lynn Shepherd. They were divorced in 1982. He then married Sally Pape Callaghan on Oct 30, 1982.