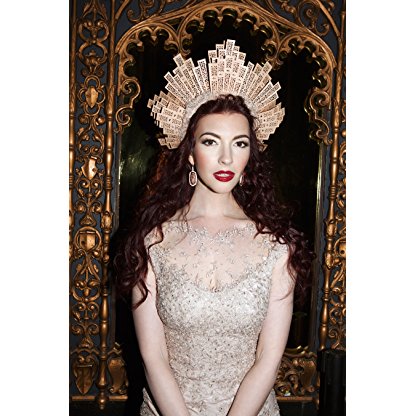 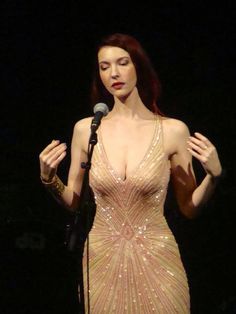 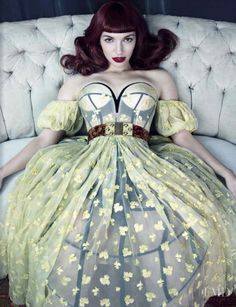 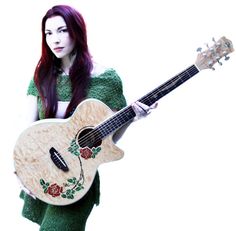 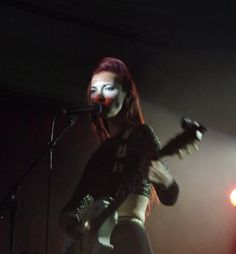 After attending high school in San Antonio, she moved to Austin, Texas, and became the lead singer for 8½ Souvenirs. The band was named for the Federico Fellini film 8½ and notable for its Django Reinhardt and gypsy jazz influence as well as a repertoire of songs with lyrics in French, Italian, Spanish and English. In 1997 8½ Souvenirs signed to the RCA Victor label and subsequently released two albums “Happy Feet”(1998) and “Twisted Desire”(1999). The band received some national attention after making an appearance on an Austin City Limits broadcast in April 1998. That same year they performed as the opening act on an 8-week tour with The Brian Setzer Orchestra.

In 1999 Chrysta Bell met CAA Agent Brian Loucks who had the idea that David Lynch might want to work with her. Loucks arranged a meeting at Lynch's recording studio and the pair “hit it off”, writing their first song together that day.

Lynch included the song “Polish Poem", co-written with Chrysta Bell, in the final minutes of his 2006 film Inland Empire.

Photographer Emma Summerton shot Chrysta Bell for an 8-page feature in the February 2013 issue of Vogue Italia. In May 2014 The Red Bulletin Magazine published an interview and pictorial on her titled “A Real Femme Fatale”. She appeared on the cover of Photographer Larry Fink's 2006 book "Somewhere There's Music".

In September 2011, she released a debut solo album This Train, which was co-written and produced by Lynch and released independently through La Rose Noire Records. The album was officially re-released throughout Europe with additional bonus material on January 31, 2014, through the German-based label, QQ5.

Along with Duran Duran, Lykke Li, Karen O, Moby, The Flaming Lips, Sky Ferreira, Zola Jesus, Donovan and Angelo Badalamenti, Chrysta Bell appears on the double LP "The Music of David Lynch", performing “Swing With Me”, a song she wrote with Lynch. The album is a live recording of a tribute concert that took place on April 1, 2015, at the historic Ace Theater in Downtown Los Angeles as a benefit for the David Lynch Foundation. The concert was filmed for television as well and subsequently aired on AXS TV. The companion book for the concert, "Beyond the Beyond: Music From the Films of David Lynch", includes an interview with Chrysta Bell on her artistic relationship with Lynch.

Chrysta Bell has appeared in the Chinese film Once Upon a Time in China and America (1997) opposite Jet Li (for which she was credited under her birth name, Chrysta Bell Zucht), the ABC Family reality television series Switched! (2004), and a commercial for the Ford Motor Company. She plays FBI Agent Tammy Preston in Twin Peaks: The Return, which premiered on Showtime on May 21, 2017.