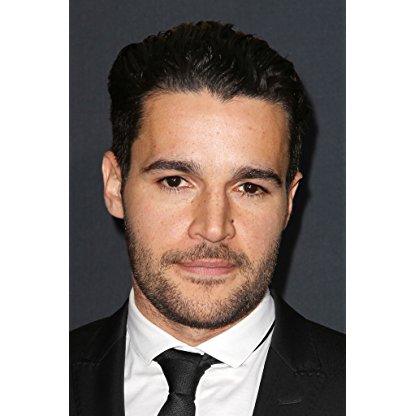 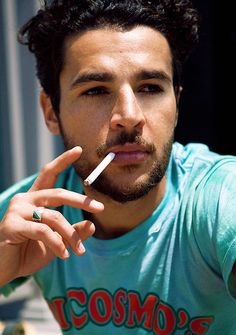 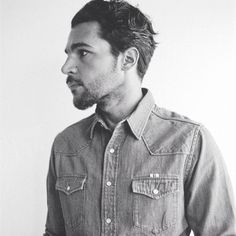 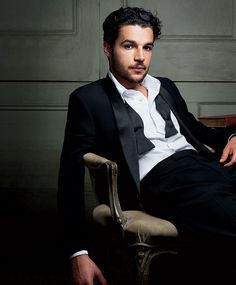 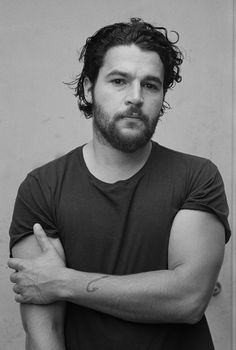 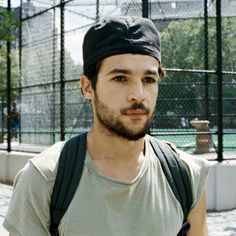 Abbott was born in Greenwich, Connecticut, the son of Anna (née Servidio) and Orville Abbott. Abbott has an older sister, Christina. Abbott is of Italian and Portuguese descent. Abbott spent his early years in Chickahominy, a working-class, heavily Italian-American neighborhood in Greenwich, and grew up in Stamford. Abbott worked at a local video store and at his friend's wine store. Abbott attended Norwalk Community College shortly before he began studying acting at HB Studio. Abbott moved to New York City in 2006 to be closer to school.

After moving to New York, Abbott began going to big open calls for plays while in school. This is how Abbott got his two first acting jobs, Off-Broadway. The first play, Good Boys and True, opened in the Spring of 2008 and was written by Roberto Aguirre-Sacasa and directed by Scott Ellis. It followed a scandal at a prep school. Abbott played the lead character's (Brian J. Smith) gay best friend, Justin. The second play, Mouth to Mouth, opened in the Fall of 2008. The mordant and mournful play about the limits of friendship and family was written by Kevin Elyot and directed by Mark Brokaw. Abbott played the sympathetic 15-year-old son of Laura (Lisa Emery). Abbott received positive reviews for both productions. Abbott followed this with guest-starring roles in the comedy series Nurse Jackie and the police procedural series Law & Order: Criminal Intent . In 2010, Abbott co-starred opposite Cristin Milioti and Laila Robins in the play That Face at the Manhattan Theatre Club.

Abbott made his feature film debut in the 2011 drama thriller Martha Marcy May Marlene opposite Elizabeth Olsen. Written and directed by Sean Durkin, the filmed premiered at the 2011 Sundance Film Festival in January, and had a limited release in the United States on October 21, 2011. It was met with positive reviews. The same year, Abbott made his Broadway debut in the revival of the play The House of Blue Leaves opposite Ben Stiller and Edie Falco. Directed by David Cromer, the play opened in April 2011. Abbott played the part of the sullen, recently drafted son, Ronnie Shaughnessy, for which Abbott received positive reviews.

In 2012, Abbott co-starred opposite Melanie Lynskey in the comedy-drama film Hello I Must Be Going. The film premiered at the 2012 Sundance Film Festival, and was released theatrically in the United States on September 7, 2012. Critic Roger Ebert praised the film and Abbott's performance. Abbott gained public recognition for his role as the sweet, docile boyfriend of Marnie (Allison Williams), Charlie Dattolo in the HBO comedy-drama series Girls. Created by Lena Dunham, the series premiered on April 15, 2012. Abbott decided to quit the series after season two's finale which left the fans of the series in shock. Abbott stated that the reason why he left was because of the fact that he couldn't relate to the character. Before leaving Girls, Abbott starred in a series of short films opposite model-actress Sheila Márquez for Free People and guest-starred in an episode of the comedy-drama series Enlightened opposite Luke Wilson.

After leaving the series, Abbott returned to the theatre in the fall of 2013 in the play Where We're Born by Lucy Thurber at the Rattlestick Playwrights Theater. The Jackson Gay-directed play featured Abbott opposite a cast that included Betty Gilpin. Abbott received positive reviews for his role as Tony. In 2014, Abbott co-starred in the drama film The Sleepwalker, co-written by his good friend Brady Corbet. It premiered in-competition in the US Dramatic Category at 2014 Sundance Film Festival on January 20, 2014. It was met with mixed to positive reviews. Abbott also co-starred opposite Sam Rockwell and Nina Arianda in the 2014 production of Sam Shepard's play Fool for Love at the Williamstown Theatre Festival. Abbott received positive reviews for his performance in the Daniel Aukin-directed play. In his second film of 2014, Abbott played the supporting role of Louis Servidio in J. C. Chandor's crime drama film A Most Violent Year. Starring Oscar Isaac and Jessica Chastain, the film had its world premiere at the AFI Fest on November 6, 2014 at the Dolby Theatre in Hollywood and received a limited release on December 31, 2014.

Abbott lives in New York. Since 2015, Abbott has been dating British Actress Olivia Cooke. Abbott considers John Cassavetes to be the model for the type of creative life he would like to emulate.

Abbott will star in the crime-thriller, Full-Dress, which began production in May 2016 and is expected to be released in 2017, and will co-star in Jamie M. Dagg's upcoming thriller Sweet Virginia opposite Jon Bernthal, Imogen Poots and Rose Marie DeWitt. Abbott will also star opposite Mia Wasikowska in Nicolas Pesce's film based on the novel Piercing.

Abbott will also co-star opposite Jessica Biel and Bill Pullman in the television series The Sinner, which will debut in the summer of 2017.