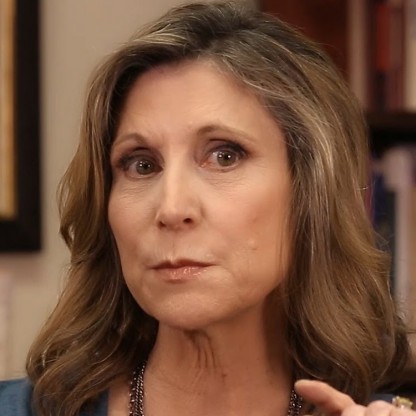 Christina Hoff Sommers was born on September 28, 1950 in Petaluma, California, U.S., United States, is Author, Philosopher. Christina Hoff Sommers is an American philosopher, writer and social personality who is known for her strong views on ‘Equity Feminism’ as opposed to ‘Gender Feminism’. She did her PhD in philosophy from Brandeis University and went on to lecture at the Clarks University as an associate professor. She has made several appearances at various forums where she has expressed her view on feminism, with a twist, to specify that men and women should be given equal opportunities without any prejudice. She is of the view that men and women may have different natural abilities but that should not be a criteria for the opportunity to pursue a career of ones choice. Though she is a feminist, she is opposed to any type of reservation at the cost of men. At the same time, she is against women being treated differently and losing out in society. In order to propagate her views, she has appeared on television talk shows and produced videos that have been posted on You Tube to reach out to a cross section of society. She has also written and edited several books in which she has been vocal about her views. Today she is a respected personality and activist who has been a member of the Board of Advisors of the Foundation for Individual Rights in Education and the National Advisory Board of the Independent Women’s Forum.
Christina Hoff Sommers is a member of Writers 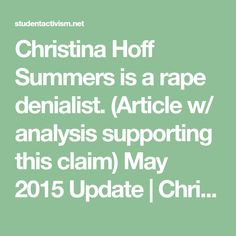 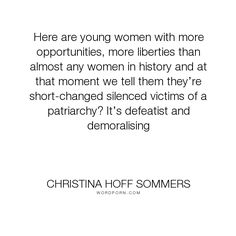 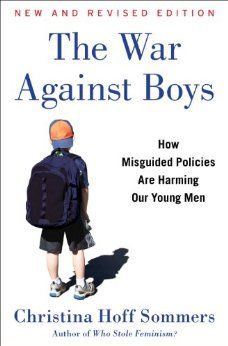 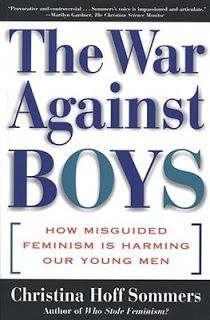 The National Women's Political Caucus (NWPC) awarded Sommers with one of its twelve 2013 Exceptional Merit in Media Awards for her New York Times article, "The Boys at the Back". In their description of the winners, NWPC states, "Author Christina Sommers asks whether we should allow girls to reap the advantages of a new knowledge based service economy and take the mantle from boys, or should we acknowledge the roots of feminism and strive for equal education for all?"

Sommers was born in Petaluma, California, to Dolores (White) and Kenneth Hoff. She is Jewish. She earned a BA at New York University in 1971, and a PhD in philosophy from Brandeis University in 1979. From 1978 to 1980, Sommers was an instructor at the University of Massachusetts at Boston. In 1980, she became an assistant professor of philosophy at Clark University, and was promoted to associate professor in 1986. Sommers remained at Clark until 1997, when she became the W.H Brady fellow at the American Enterprise Institute.

Beginning in the late 1980s, Sommers published a series of articles in which she strongly criticized feminist Philosophers and American feminism in general In a 1988 Public Affairs Quarterly article titled "Should the Academy Support Academic Feminism?", Sommers wrote that "the intellectual and moral credentials of academic feminism badly want scrutiny," and asserted that "the tactics used by academic feminists have all been employed at one time or another to further other forms of academic imperialism." In articles titled "The Feminist Revelation" and "Philosophers against the Family," which she published during the early 1990s, Sommers argued that many academic feminists were "radical philosophers" who sought dramatic social and cultural change - such as the abolition of the nuclear family - and thus revealed their contempt for the actual wishes of the "average woman." These articles would form the basis for Who Stole Feminism?

Sommers married the Harry A. Wolfson Chair in Philosophy at Brandeis University, Fred Sommers, in 1981, and was widowed in 2014. She has two sons.

In 2000, Sommers published The War Against Boys: How Misguided Feminism Is Harming Our Young Men. In the book, Sommers challenged what she called the "myth of shortchanged girls" and the "new and equally corrosive fiction" that "boys as a group are disturbed." Criticizing programs which had been set up in the 1980s to encourage girls and young women - largely in response to studies which had suggested that girls "suffering through neglect in the classroom and the indifference of male-dominated society" - Sommers argued in The War Against Boys that such programs were based on flawed research, arguing that it was just the other way around: boys were a year and a half behind girls in reading and writing and less likely to go to college.

The National Women's Political Caucus (NWPC) awarded Sommers with one of its twelve 2013 Exceptional Merit in Media Awards for her New York Times article, "The Boys at the Back". In their description of the winners, NWPC states, "Author Christina Sommers asks whether we should allow girls to reap the advantages of a new knowledge based Service economy and take the mantle from boys, or should we acknowledge the roots of feminism and strive for equal education for all?"

Sommers said in 2014 that she is a registered Democrat "with libertarian leanings". She describes equity feminism as the struggle based upon Enlightenment principles of individual justice for equal legal and civil rights and many of the original goals of the early feminists, as in the first wave of the women's movement. The Stanford Encyclopedia of Philosophy categorizes equity feminism as libertarian or classically liberal. She characterizes gender feminism as having transcended the liberalism of early feminists so that instead of focusing on rights for all, gender feminists view society through the sex/gender prism and focus on recruiting women to join the struggle against patriarchy. Reason reviewed Who Stole Feminism?: How Women Have Betrayed Women and characterized gender feminism as the action of accenting the differences of genders in order to create what Sommers believes is privilege for women in academia, government, industry, or the advancement of personal agendas.