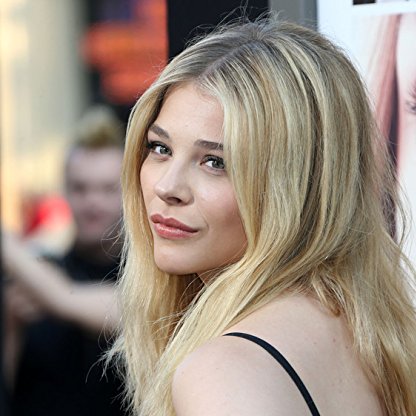 Chloë Grace Moretz was bornon February 10, 1997 in  Atlanta, Georgia, United States, is Actress, Soundtrack. Chloe Grace Moretz is an American actress and model known for movies such as ‘The Poker House,’ ‘Kick-Ass,’ and ‘If I Stay.’ Venturing into Hollywood as a child actor, she proved her mettle quite early on with her role in the movie ‘The Amityville Horror’ which led her to be nominated for a major award. Even though she was just seven when she started acting, she earned much praise for her acting skills and determination. She played a very challenging role in the action film ‘Kick-Ass’ for which she trained hard for three months with Jackie Chan's stunt crew. The young girl even insisted on performing her stunts herself! After establishing herself as a child actor, she looked forward to do more acting roles as a teenager. Unlike several other child stars whose careers fizzle out as they reach their teens, Chloe went on to develop a successful acting career as a young adult as well. She gained much appreciation for her poignant role as Mia in the teen romantic drama ‘If I Stay’ in 2014. The actress is also a well-known model and has modeled for publications such as ‘Vogue,’ ‘Marie Claire,’ and ‘Elle.’
Chloë Grace Moretz is a member of Actress 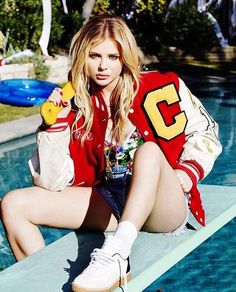 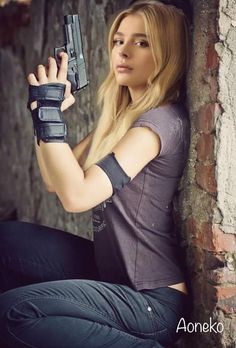 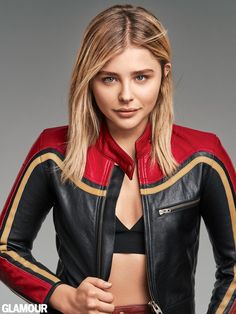 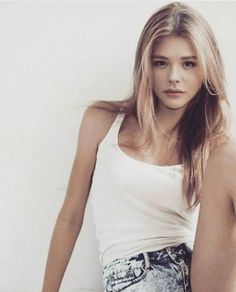 Moretz was born in Atlanta, Georgia, and raised in Cartersville, Georgia. Her mother, Teri Duke, is a nurse practitioner, and her father, McCoy Moretz, is a plastic surgeon. She has four older brothers: Brandon, Trevor, Colin, and Ethan. She has described her family as "very Christian". She moved to New York City in 2002 with her mother and brother Trevor, because he had been accepted into the Professional Performing Arts School, which is what first drew her interest in acting. Moretz would help Trevor read lines.

Moretz's first acting role in Hollywood was as Violet in two episodes of the CBS series The Guardian, and her first film role was as Molly in Heart of the Beholder. It was not until her second big-screen acting role, in the 2005 remake of The Amityville Horror, that she earned greater recognition, receiving a Young Artist Award nomination. After Amityville, Moretz received several guest-starring roles on TV, as well as a small role in Big Momma's House 2. Her recurring TV characters include Kiki George in Dirty Sexy Money and Sherri Maltby in Desperate Housewives. Moretz also voiced the U.S. version of the animated character Darby in My Friends Tigger & Pooh. Moretz also co-starred as Cammie, an abused child, in The Poker House.

Moretz lives in Studio City, Los Angeles. Her brother Brandon serves as her Business manager; her brother Trevor has been her acting coach since 2010, and accompanies her on trips and press dates when her parents are unable to attend.

Moretz played Ann Sliger in the 2011 crime thriller Texas Killing Fields. That same year, she played Isabelle in Martin Scorsese's Hugo, a 3-D film adaptation of The Invention of Hugo Cabret, which was nominated for 11 Oscars. It co-starred Asa Butterfield, Ben Kingsley, Sacha Baron Cohen and Helen McCrory. Moretz starred in Hick, an adaptation of the novel by Andrea Portes. She appeared in the 2012 Tim Burton film Dark Shadows, a remake of the popular soap opera, playing the role of Carolyn Stoddard, a rebellious teenage daughter.

Moretz has starred in numerous photo shoots, including editorials, features and covers, for magazines including Flaunt, Vogue, Teen Vogue, Jalouse, Marie Claire, Interview, Elle, Love Magazine, Crash Magazine, InStyle and many others. She has also been invited to various haute couture events, such as Dior Spring / Summer 2013 at Paris Fashion Week. Max Mara's signature in 2012 granted her the "Max Mara Face of the Future" award. In 2012, Moretz also became the face of American youth clothing retailer Aéropostale, appearing at various events, videos and reports. In February 2013, Elle magazine awarded her with the "Next Future Icon Award" at the "Elle Style Awards" gala held in London.

Moretz has publicly supported LGBT equality. She considers herself a feminist, and has turned down film roles which are overtly sexualized. She took on the role of a teenage prostitute in the 2014 film The Equalizer because her character "felt so real", rather than a mere "plot device". In October 2014, Moretz was named one of the 25 Most Influential Teens of the year by Time magazine.

In November 2015, Moretz was attached to Shane Carruth's third film, The Modern Ocean. The ensemble cast includes Asa Butterfield, Anne Hathaway, Daniel Radcliffe and Keanu Reeves. Also in November, Moretz was announced as the star of Universal Studios' live action version of Hans Christian Andersen's The Little Mermaid, to be written by Richard Curtis, though she later left the project.

In April 2016, Moretz was chosen to serve as one of three members of the Narrative Short Film Competition jury for the Tribeca Film Festival, alongside Mike Birbiglia and Sheila Nevins. Also that year, she co-starred with Zac Efron and Seth Rogen in the film Neighbors 2: Sorority Rising, the sequel to Neighbors; and headlined the drama film Brain on Fire, based on the memoir by Susannah Cahalan. In 2016, Moretz stated "I want to reassess who I am and find myself within my roles again. I’m realizing that I can slow down." She will also focus on producing, including two television projects.

In 2017, Moretz co-starred again with Ansel Elgort, in the crime drama November Criminals. She also appeared in that year's controversial comedy-drama I Love You, Daddy. In 2018, she will star in the horror film Suspiria, the drama film The Miseducation of Cameron Post and the thriller film The Widow.