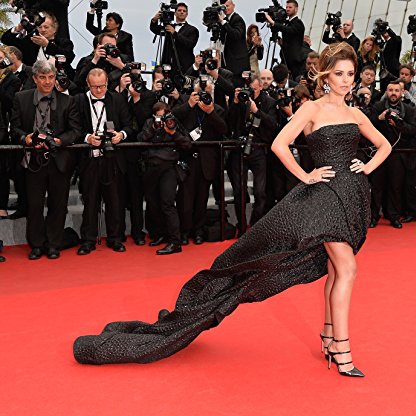 Cheryl Ann Tweedy was born in Newcastle upon Tyne on 30 June 1983, and grew up on council estates in the suburbs of Walker and Heaton. She is the fourth of five children of Joan Callaghan, and the first of her two children with Garry Tweedy following the collapse of her marriage to the father of her three other children. Cheryl's parents were together for more than a decade but never married; they separated when she was eleven years old.

At the age of seven, Cheryl appeared in a television advert for British Gas. Interested in dancing from an early age, she began sequence dancing at the age of four, before joining The Royal Ballet's summer school at the age of nine. She occasionally appeared doing dance recitals on different television shows in the UK, such as Gimme 5, in 1993.

Cheryl auditioned for the reality television show Popstars: The Rivals in 2002, which aimed to create a boy band and a girl group to compete for the Christmas Number One spot on the UK Singles Chart. She sang "Have You Ever" in her audition, and was one of twenty contestants (ten girls and ten boys) chosen as finalists by judges Pete Waterman, Louis Walsh and Geri Halliwell. The finalists performed live on Saturday evenings, with one gender performing each week, and each week the contestant polling the fewest phone votes was eliminated, until the final line-ups of the five-piece groups emerged. Cheryl was in danger of elimination twice, surviving over Emma Beard and Aimee Kearsley in consecutive performing weeks. On 30 November 2002, she was the first contestant to qualify for the girl group, and was joined by Nadine Coyle, Sarah Harding, Nicola Roberts and Kimberley Walsh to form Girls Aloud, following the final public vote. The group's debut single "Sound of the Underground" peaked at number one on the UK Singles Chart, becoming the 2002 Christmas Number One over boy band One True Voice's "Sacred Trust / After You're Gone". Girls Aloud hold the record for the shortest time between being formed as a band and achieving a number one single.

On 11 January 2003, Cheryl was involved in an altercation with a nightclub toilet attendant, Sophie Amogbokpa, and subsequently charged with racially aggravated assault over the incident. At her trial on 20 October she was found guilty of assault occasioning actual bodily harm but cleared of the racially aggravated assault charge, and sentenced to 120 hours of community Service. She was ordered to pay her victim £500 in compensation, as well as £3,000 prosecution costs. Judge Richard Howard said, "This was an unpleasant piece of drunken violence which caused Sophie Amogbokpa pain and suffering."

In 2004, Girls Aloud released a cover of The Pretenders' "I'll Stand by You" as the official single for the BBC's charity telethon Children in Need. In 2007, the group announced a joint release of Aerosmith and Run DMC's "Walk This Way" with Sugababes as the official single for the UK's other major charity telethon Comic Relief. The song was recorded at Comic Relief co-founder and trustee Richard Curtis' request.

Cheryl began dating England and Chelsea footballer Ashley Cole in September 2004, announcing their engagement after he proposed in Dubai in June 2005. The couple were married at a ceremony at Barnet, north west London on 15 July 2006. They signed an exclusive deal with OK!, reportedly worth £1 million, regarding the rights of the photographs. On 23 February 2010, Cheryl announced she was separating from Cole, and on 26 May, she filed for divorce at London's High Court citing "unreasonable behaviour" from her estranged husband. The divorce papers state that Cole admitted being unfaithful to Cheryl with a number of other women. She was granted a decree nisi on 3 September. She continued to use her married name, but later began using the mononym Cheryl for her music releases.

Cheryl's first solo performance was on American Rapper will.i.am's "Heartbreaker" in 2008. She was picked to appear as a Dancer in the video after taking streetdancing classes during the filming of ITV2 series The Passions of Girls Aloud. She was later asked by will.i.am to sing additional vocals on the track. In April 2009, she started working on solo material, and her debut album, 3 Words, was released in the UK on 26 October. The album spent two weeks at number one, and on 6 November, BPI certified the album platinum, denoting shipments of over 300,000 units, and it later tripled this feat. The first single from the album, "Fight for This Love", was written by Andre Merritt, Steve Kipner and Wayne Wilkins, and produced by Kipner and Wilkins. Following a performance on The X Factor live results show, "Fight for This Love" entered the UK and Irish charts at number one, and in 2010, it went to number one in Denmark, Norway and Hungary, and was later certified platinum in the UK. It also became the fourth best-selling single of 2009 in the UK. Cheryl's second single "3 Words", which features will.i.am, went to number 4 in the UK and seven in Ireland. In 2010, the single was released in Australia and charted at number 5, and was certified platinum. The third single, "Parachute", charted in the top five in both the UK and Ireland, and was certified gold in the UK.

Cheryl topped FHM 100 Sexiest Women in the World in 2009 and 2010. She has won Glamour Women of the Year Awards for TV Personality and Best Dressed and Style Network Award for Best Dressed Woman and Style Icon of the Decade. In February 2009, she appeared on the cover of British Vogue. The media coverage of her appearance in the magazine boosted the magazine's circulation to 240,000, its best ever February figure. She appeared on the November 2009 cover of the UK's Elle magazine. In October 2010, a wax statue of her was added to the gallery of Madame Tussauds London at a cost of approximately £150,000.

Cheryl's first official book, entitled Through My Eyes, was published on 30 September 2010 by Bantam Press. Through My Eyes purports to show her in the recording studio, backstage on tour, behind-the-scenes at The X Factor, at photo shoots and at award ceremonies. She said the book is "filled with pictures that capture those moments, [her] memories and the people [she's] closest to". She is the subject of several unauthorised biographies, as well as books detailing her relationship with and divorce from Ashley Cole. Her autobiography, Cheryl: My Story, was published on 11 October 2012. The book's content was about her relationships with Simon Cowell and her ex-husband Cole. It has sold 275,000 copies as of February 2013, generating £2.5 million in sales. In August 2014, Cheryl released her debut fragrance, StormFlower.

In June 2012, Cheryl performed "Call My Name" with live vocals on The Voice UK. It was reported that The Voice executives always edit the vocals for every Artist on the show, and they would "provide some finishing touches to her singing prior to it being broadcast." As the performance began, she swan-dived onto her backing Dancers before they performed a highly elaborated routine. Following the broadcast, she received mixed comments from viewers, with a few accusing the singer of lip-synching, while others, including pop artists Emma Bunton and will.i.am, praised the performance. In an interview with BBC News, she addressed the negative comments, and said that "if you think my live vocal sounds so good it must be mimed, I'm happy, I take it as a compliment."

Cheryl has become a recognised and photographed style icon. Fashion magazine British Vogue praised her style saying: "Her wardrobe choices have become as successful as her singles – while filming for The X Factor, she had fashion fans watching her every sartorial move and was snapped wearing a string of fashion-forward outfits from Givenchy and Preen, to McQueen and Missoni." In both 2009 and 2010, she was named the best dressed woman by Glamour Magazine, after 14,000 votes from the magazine's readers were counted. She has been photographed for the covers of British Vogue, Elle and Harper's Bazaar.

On 7 July 2014, Cheryl married French restauranteur Jean-Bernard Fernandez-Versini after a three-month courtship. Following their separation, Cheryl began dating singer Liam Payne in early 2016, before being granted a decree nisi from Fernandez-Versini on 20 October 2016. On 22 March 2017, she gave birth to Payne's son.

In September 2011, Cheryl became the latest "Forces' sweetheart" when she visited British Soldiers in Afghanistan. On 23 January 2015, Cheryl announced the launch of a second charity, once again alongside The Prince's Trust. The charity was named Cheryl's Trust, and was set up with the aim of raising £2 million to build a centre, which will support up to 4000 disadvantaged young people in her native city of Newcastle. To raise these funds, Cheryl has thus far teamed up with Prizeo in March 2015, setting up a styling session competition, and also launched a limited edition Belgian Chocolate Bar with Greggs in August 2015; 5p proceeds from each sale being donated towards the trust. In November 2016, she became the ambassador of the charity ChildLine.

In December 2016, Cheryl appeared on the BBC One genealogy series Who Do You Think You Are?, during which she researched her maternal family. Research shows that her paternal line is from Tyneside and that there were a number of coal miners amongst Cheryl's forebears. When tracing further back, in one of the branches of her paternal line, researchers find that her ancestry includes several mariners. The investigation into Cheryl's maternal line shows that her grandmother, Olga Ridley, was one of twin girls born to Edith Annie Burton, the housekeeper for a widower named Joseph Ridley who already had a number of children from his marriage. Joseph Ridley had fought in World War I in the Durham Light Infantry as a Pioneer in France and, from an examination of the census, before the war he had been a Grocery Warehouseman. 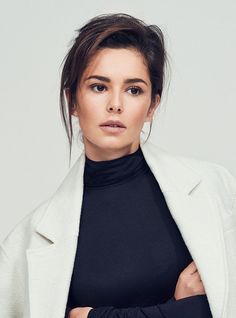 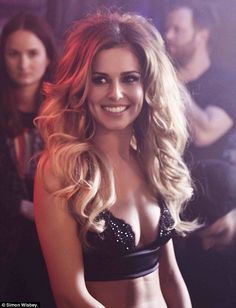 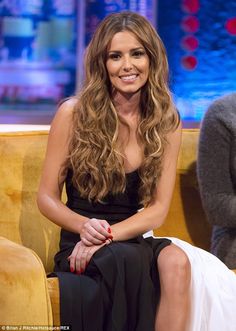 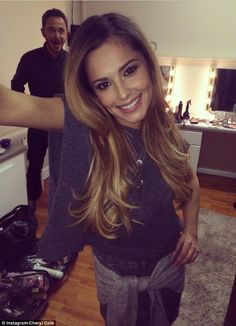 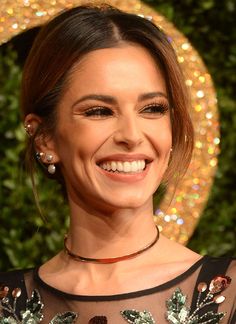 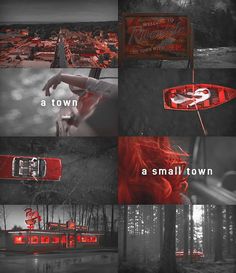 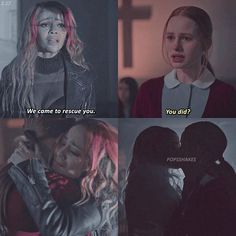 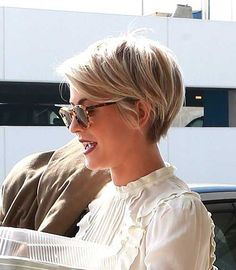 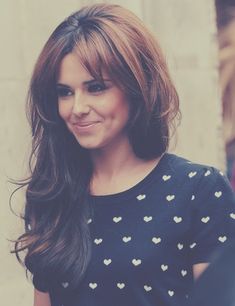