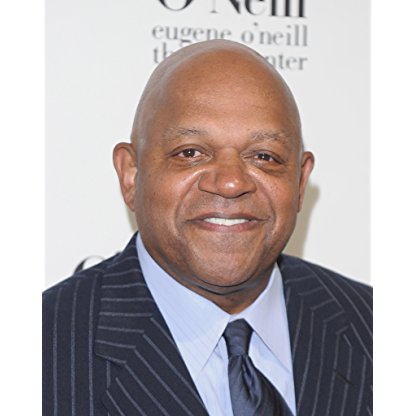 Dutton was born January 30, 1951, on the East side of Baltimore, Maryland. His father was a truck driver. In his youth, Dutton dropped out of school before finishing middle school. He had a short-lived stint as an amateur boxer with the nickname "Roc." When he was 17, he got into a fight which resulted in the death of a man Dutton claimed had attacked him. Dutton was convicted of manslaughter, and spent seven years in prison. Several months after being released from prison, Dutton was again imprisoned for possession of a deadly weapon.

Several months into his second prison term, Dutton was sentenced to six days of solitary confinement, which allowed prisoners to take one book. By accident, he grabbed an anthology of black playwrights. He enjoyed the plays so much that, upon his release from confinement, he petitioned the warden to start a drama group for the Christmas talent show. The warden agreed on the condition that Dutton go back to school and get his GED. Dutton accomplished that and went on to eventually complete a two-year college program at Hagerstown Junior College (now Hagerstown Community College) in Hagerstown, Maryland, graduating with an Associate of Arts degree in 1976. Upon his release, he enrolled as a drama major at Towson State University (now known as Towson University) in the Baltimore suburb of Towson, Maryland, where he graduated with a Bachelor of Arts degree in 1978. After his time at Towson, Dutton earned a master's degree in acting from the Yale School of Drama in 1983.

In 1984, Dutton made his Broadway debut in August Wilson's Ma Rainey's Black Bottom, winning a Theatre World Award and a Tony Award nomination for Best Actor. In 1988, Dutton played a killer in the television miniseries The Murder of Mary Phagan opposite Jack Lemmon and Kevin Spacey. 1990 brought him a second Best Actor Tony nomination for his role in another Wilson play, The Piano Lesson. From 1991-1994, he starred in the Fox television series Roc. Dutton co-starred in Alien 3, the debut film of Director David Fincher, then co-starred in 1993's Rudy. Other films he has appeared in include Get on the Bus; A Time to Kill; Cookie's Fortune; Crocodile Dundee II; Cry, the Beloved Country; Menace II Society; and Secret Window.

Dutton owns a farm in Ellicott City, Maryland. He was married once; he wed American Actress Debbi Morgan in 1989, but the couple divorced in 1994.

In 2000, Dutton directed the HBO miniseries The Corner. The miniseries was close to his heart for Dutton grew up on the streets of East Baltimore. It was adapted from The Corner: A Year in the Life of an Inner-City Neighborhood (Broadway Books, 1997) by David Simon (a reporter for the Baltimore Sun) and Ed Burns (a retired Baltimore homicide detective). The Corner won several Emmys in 2000, including Best Miniseries. Dutton won for his direction of the miniseries. He worked with Simon previously in a 1996 episode of Homicide: Life on the Street.

Dutton won Outstanding Guest Actor Emmy Awards in 2002 and 2003 for his roles in The Practice and Without a Trace. He was previously nominated in 1999, for his guest-starring role as Alvah Case in the HBO prison drama Oz in its second-season premiere episode. For this role, he was also nominated for an NAACP Image Award. Also in 1999, he starred in an ensemble cast in Aftershock: Earthquake in New York in which he played the Mayor of New York City. Dutton gained acclaim for his comedy show Roc shown on FOX television (but produced by HBO) from 1991–1994, especially mid-run when the show was broadcast live. His work in this role won him an NAACP Image Award. He co-starred in the popular but short-lived 2005 CBS science fiction series, Threshold.

He starred as Montgomery County, Maryland Police Chief Charles Moose in the 2003 made-for-TV movie D.C. Sniper: 23 Days of Fear, and appears in Season 2 of The L Word. Dutton also appeared in "Another Toothpick," an episode of The Sopranos. He guest starred on House M.D. as the father of Doctor Eric Foreman (Omar Epps) and on Sleeper Cell: American Terror as the father of undercover FBI agent Darwyn Al-Sayeed. He also directed two episodes of Sleeper Cell.

On October 9, 2007, HBO announced that it had arranged a deal with Dutton where he would develop, direct and star in series and movies for the network. He also appeared in the 2007 film Honeydripper. On February 14, 2013 Dutton returned to TV in Zero Hour playing the role of a priest. In 2013, Dutton played Detective Margolis in the horror film The Monkey's Paw.