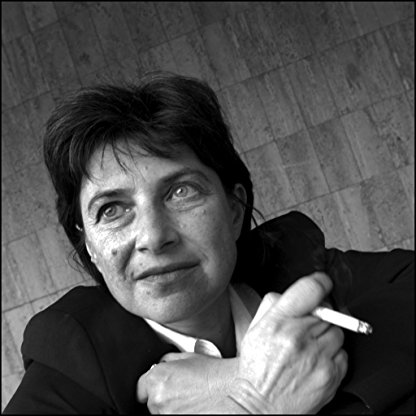 Akerman claimed that, at the age of 15, after viewing Jean-Luc Godard's Pierrot le fou (1965), she decided, that same night, to make movies. In 1971, Akerman's first film Saute ma ville premiered at the Oberhausen short-film festival. That year, she moved to New York City, where she remained until 1972.

Her feature Hotel Monterey (1972) and shorts La Chambre 1 and La Chambre 2 reveal the influence of structural filmmaking through these films' usage of long takes. These protracted shots serve to oscillate images between abstraction and figuration. Akerman's films from this period also signify the start of her collaboration with Cinematographer Babette Mangolte, the Director of photography on La chambre (1972), Hôtel Monterey (1972), Hanging Out Yonkers (1973), Jeanne Dielman, 23 quai du Commerce, 1080 Bruxelles (1975) and News from Home (1977). In 1973, Akerman returned to Belgium and in 1974 received critical recognition for her feature Je, Tu, Il, Elle (I, You, He, She). Feminist and queer film scholar B. Ruby Rich noted that Je, Tu, Il, Elle (I, You, He, She) can be seen as a "cinematic Rosetta Stone of female sexuality."

Akerman had an extremely close relationship with her mother, captured in some of her films. In 1976 News From Home, Akerman mother’s letters outlining mundane family activities serve as a Soundtrack throughout the film. The 2015 No Home Movie centers on mother-daughter relationships, largely situated in the kitchen, and is a response to her mother’s death. The film explores issues of metempsychosis, the last shot of the film acting as a memento mori of the mother’s apartment.

In 1991, Akerman was a member of the jury at the 41st Berlin International Film Festival. In 2011, she joined the full-time faculty of the MFA Program in Media Arts Production at the City College of New York.

Important solo exhibitions of Akerman's work have been held at the Museum for Contemporary Art, Antwerp, Belgium (2012), MIT, Cambridge Massachusetts (2008), the Tel Aviv Museum of Art, Israel (2006); Princeton University Art Museum, Princeton, NJ (2006); and the Centre Georges Pompidou, Paris (2003). Akerman has participated in Documenta XI (2002) and the Venice Biennale (2001). In 2011 a film retrospective of Akerman’s work was shown at the Austrian Film Museum. The 2015 Venice Biennale included an installation of interspersed parallel screens displaying the landscape-in-motion footage that would appear in "No Home Movie". In 2018, Jewish Museum presented her final video installation NOW (2015) in the exhibition Scenes from the Collection, and acquired her work for the collection.

Akerman died on 5 October 2015 in Paris. Le Monde reported that she committed suicide. She was 65. Her last film was the documentary No Home Movie, a series of conversations with her mother shortly before her mother's death; of the film, she said, “I think if I knew I was going to do this, I wouldn’t have dared to do it." According to Akerman's sister, she had recently been hospitalized for depression, returning home to Paris 10 days before her death.

Akerman’s filming style relies on capturing ordinary life. By encouraging viewers to have patience for a slower pace, her films emphasize the humanity of the everyday. Kathy Halbreich states that the filmmaker “creates a cinema of waiting, of passages, of resolutions deferred". Many of Akerman’s films portray the movement of people across distances or their absorption with claustrophobic spaces. Curator Jon Davies states that Akerman’s domestic interiors “conceal gendered labour and violence, secrecy and shame, where traumas both large and small unfold with few, if any witnesses”.