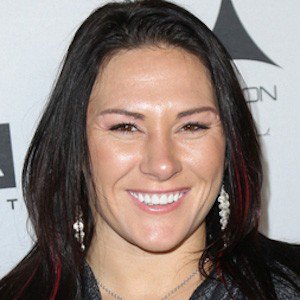 She became the Ring of Fire Women's Champion by winning her first fight on June 13, 2008.

She became the first woman in the UFC to earn Fight of the Night honors.

She has a son, Braden, with her husband Mauricio Zingano.