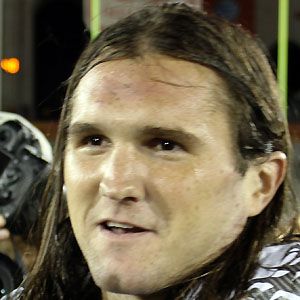 NFL linebacker who was drafted in the fourth round of the 2011 NFL Draft by the Philadelphia Eagles.

He played for the Oak Christian High School Lions in Westlake Village, California; the team went 15-0 during his senior year.

He played for the University of Oregon, where he forced a fumble against Auburn in the 2011 BCS National Championship Game, a fumble that led to a game-tying score towards the end of the fourth quarter.

He grew up in Northridge, California, with his younger brother, Pro-Bowl linebacker Clay Matthews.