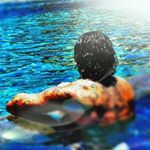 Reality star best known for the 2004 show Growing Up Gotti on A&E.

He appeared on the 2005 show But Can They Sing? and made it to the final round of competition.

He and the rest of his family were featured in Growing Up Gotti including his mother Victoria and his brothers Frank and John.

His grandfather was John Gotti , infamous leader of the Gambino mob family.