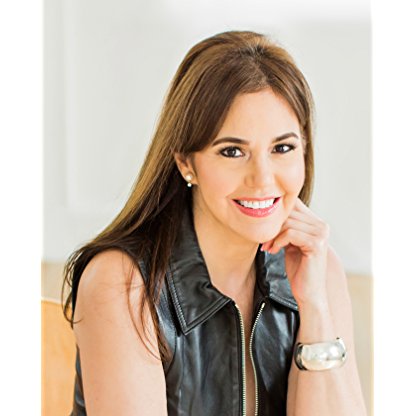 Carmen More was born on December 24, 1972 in  Miami, Florida, United States, is Actress, Miscellaneous Crew, Producer. Carmen More has been in front, behind and around cameras all of her life. She was born in Havana, raised in Miami and the daughter of a film producer. Graduating cum laude at University of Miami with a major in Drama gave her the necessary training to host Emmy nominated entertainment news show, "Viva American Pulse" in NYC and to co-star in the Spanish television series "El Magnate" for Telemundo. She has appeared opposite Brendan Fraser and Alicia Silverstone in New Line's "Blast From The Past", Chad Lowe in "Nobody's Perfect", James Wood in "The Specialist", Mark Hamill in "Black Magic Woman" and Christopher Reeve in the Sony Music video for Latin band, Pimpinella. Behind the camera, Carmen was Assistant to the Director in "First Wives Club" for Paramount Pictures, Segment Producer for "Noticias y Mas" and "Despierta America" on Univision where she also appeared on camera and was Associate Producer on Universal's "Dudley Do-Right". Classically trained in ballet, she danced professionally in her teens. On stage she was cast as "Nenita" in the Off Broadway production of "Union City Thanksgiving". Carmen has appeared in numerous national television commercials including McDonald's, ATT, Sears, Johnson and Johnson, Proctor and Gamble products and was the spokesperson for Bell South. Her Norwegian Cruise Lines commercial won an Emmy Award. All this experience has given her specialized presentation and sales skills which have created an additional career in residential and commercial real estate. Her latest deals include Zuma Restaurant, Harley-Davidson, Restaurant Du Cap, Kyma Lounge, and hundreds of luxury condominiums.
Carmen More is a member of Actress

Moore is of mixed blood including Wet'suwet'en and is a member of the Hagwilget Village First Nation in Hazelton, British Columbia. She was born in Burnaby, British Columbia and grew up in Coquitlam, British Columbia. She attended Port Moody Senior Secondary School. In 1991 she joined the Spirit Song Native Theatre Co., and worked with them for 9 months. Her first professional theatre gig was with Theatre New Brunswick's Young Company tour in 1992 and got rave reviews. Carmen was nominated for a Jessie Richardson Award for Best Supporting Actress in Fend Players' Danceland in 1993. She continued her work in theatre, as well as auditioning for TV and film. For Firehall Arts Centre's Someday she was nominated for another Jessie, this time for Best Actress.

Carmen has worked steadily in TV and film since 1995. She was nominated for the American "First Americans in the Arts" award, for her role as Chewlynndit in the made for TV movie Brothers of the Frontier (1996). She played Dawn Star, the wife of Sir Ben Kingsley's character "The Great Zamboni", in the movie Spooky House, and in 2004 she worked with Director John Woo for the television film The Robinsons: Lost in Space.

In 2005, she gained recognition for the Citytv and Bravo comedy-drama television show Godiva's. She portrayed the character Simone, the mysterious, sexy bartender of a restaurant in Yaletown, Vancouver, British Columbia. Carmen was nominated for her performance at the 2006 Leo Awards for Best Lead Performance by a Female in a Dramatic Series for Godiva's.

Moore won the Women in Film and Video's Artistic Merit Award for her portrayal of Rebecca in the Canadian independent feature Unnatural & Accidental, which received honourable mention for Best Canadian Film in the 2006 Vancouver International Film Festival and was featured at TIFF that year. She was also honoured with the UBCP/ACTRA Lorena Gale Woman of Distinction Award in 2014.

Carmen has dabbled in the producing and directing side of the industry. She was associate Producer on Two Indians Talking, and Producer on White Indians Walking, both written by Andrew Genaille. Her directing debut happened in 2015 on the short film Ariel Unraveling, a BravoFACT Award winner.