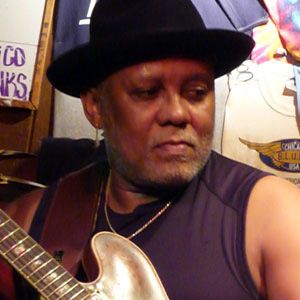 Left-handed blues guitarist and singer known for his Chicago blues roots and style.

He was a long-time session guitarist before gaining fame.

He has played with Billy Branch & The Sons of Blues and Son Seals.

He was born and raised in Chicago, Illinois.

He plays guitar upside down, much like virtuoso Albert King.