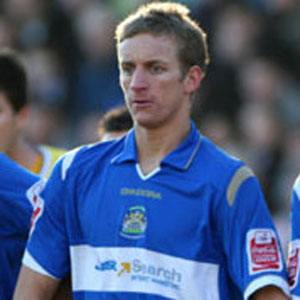 English soccer winger who began his professional career in 2003.

He played his youth soccer with Liverpool.

His older brother, Michael, died of leukemia in September 2009.

He and Alan Harper both spent their youth careers with Liverpool.