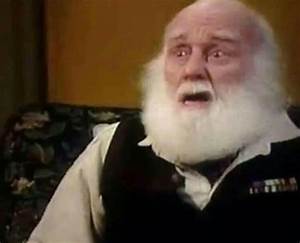 He always prided himself on his fitness, following a strict fitness regime of daily press-ups and swimming sessions. In contrast to Albert's pipe-smoking and rum drinking character, Merryfield was a teetotal non-smoker his entire life. His efforts to stay fit could be traced back to his time as a child boxing star in the 1930s. He was British schoolboy champion in 1936 and Southern Command army champion in 1945. Merryfield was also a keen amateur football player and Millwall fan, regularly attending games at The Den.

Before turning professional as an actor Merryfield was a keen amateur actor and Director. His productions of John Osborne's The Entertainer, The World-My Canvas by Ruth Dixon and A View from the Bridge by Arthur Miller, for the now defunct amateur theatre group The Characters, won Best Play at the Woking Drama Festival in 1966, 1968 and 1969 respectively. He also won the Best Actor trophy for his roles in The Entertainer and The World-My Canvas.

Merryfield finally became a professional actor at the age of 57, after working for the Westminster Bank (later the National Westminster Bank) as a Senior Area Bank Manager for nearly 40 years, interrupted by his war Service. In contrast to his most famous character, Merryfield spent the war in the army, where his fine physique resulted in him being made a PT and jungle warfare instructor. It was during the war that he first discovered his love of acting when he served as an entertainments officer, putting on shows for the other troops. However, upon the end of the war, married and with his wife expecting a daughter, he opted to return to his job at the bank. At Natwest he rose through the ranks, and by the time of his early retirement, in 1978, he was a bank manager at the Thames Ditton branch in Surrey.

When he retired, Merryfield persuaded a repertory company to take him on. He performed at the Connaught theatre in Worthing in Joseph and the Amazing Technicolour Dreamcoat and Equus. Small parts on television also came his way. Merryfield appeared in Hannah in 1980, as Professor Challis in The Citadel in 1983 and as a Bishop in Strangers and Brothers in 1984.

Merryfield joined Only Fools and Horses in January 1985, as the former seafaring Albert Gladstone Trotter, known as Uncle Albert, who was Grandad Trotter's globetrotting long-lost younger brother, and who was known for Uncle Albert's catchphrase of "During the war..." The character took over the role of senior citizen member of the Trotter family from Lennard Pearce, who played Grandad, after Pearce died unexpectedly in December 1984. Coincidentally, nine months earlier, in March 1984, Merryfield appeared in two episodes of a Shroud for a Nightingale alongside Lennard Pearce. He did much work for various charities, notably the Royal National Lifeboat Institution. He wrote his autobiography, During the War and Other Encounters, in 1996.

In December 1997, he fell over at the British Comedy Awards while walking to the stage to collect an award for David Jason for his part in Only Fools and Horses. Despite cutting his forehead, he continued on and collected the award. Merryfield appeared in pantomime at Christmas 1997 and 1998.

Buster Merryfield died in Poole General Hospital on 23 June 1999, as a result of a brain tumour. He was survived by his wife Iris, whom he married in June 1942, his daughter, Karen and two grandchildren. He was buried in Verwood, Dorset. Iris died in 2002 from natural causes and was buried alongside him.