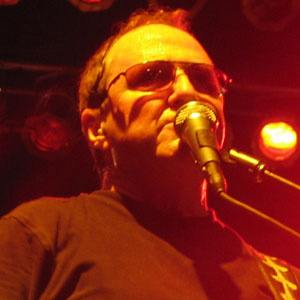 Guitarist and singer who created the signature sound of the Blue Oyster Cult in 1967.

He was born Donald Brian Roeser and adapted his stage name Buck Dharma at the suggestion of the band's manager.

In addition to playing the guitar, he was the lead vocalist on many of Blue Oyster's Cult's songs, including "Don't Fear the Reaper."

His father was a well-known jazz saxophonist.

Albert Bouchard and Dharma were bandmates in the Blue Oyster Cult.