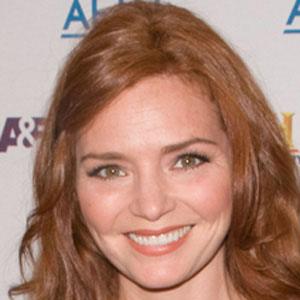 American TV and movie actress who has appeared in a number of TV shows, notably CSI.

She made her acting debut in the 1988 film The Wrong Guys.

She played Pamela Moran for six seasons of the Lifetime series Army Wives.

She appeared alongside William Petersen on CSI.