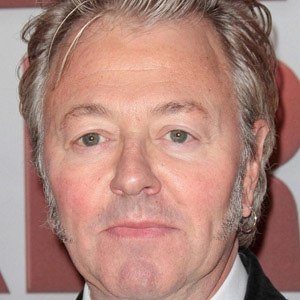 Rockabily and swing guitarist who has worked with the Stray Cats and The Brian Setzer Orchestra.

He began his music career at age twenty, forming The Tomcats, which later became the Stray Cats.

He has released seven albums with his swing revival band, The Brian Setzer Orchestra.

He utilized the vocals of Gwen Stefani on his song, "You're the Boss."