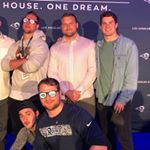 Linebacker who played in the NFL from 2001-2005, most notably for the Carolina Panthers.

He played college football at Florida State, where he won a National Championship in 1999.

He was born and raised in Lake City, Florida.

At Florida State he played for head coach Bobby Bowden.