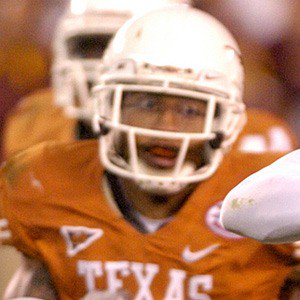 NFL cornerback who played for the Indianapolis Colts from 2008 to 2009.

He was both a football starter and a star track team member at Bowie High School in Arlington, Texas.

He had four interceptions and 106 tackles during his college football career at the University of Texas.

He was born in Dallas, Texas.

He played alongside star defensive end Dwight Freeney on the Colts for two seasons.