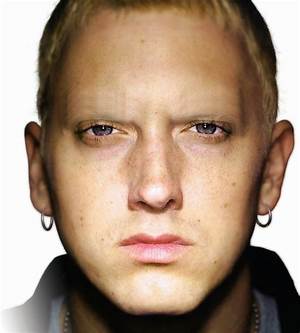 Brad Kane was bornon September 29, 1973 in  New Rochelle, New York, United States, is Producer, Actor, Writer. Bradley Caleb Kane was born and grew up in New York City. He began to act when he was three years old, with a small role in the movie Six Weeks (1982). After that, he obtained a role in a nationally-circulated commercial, which he auditioned for by the recommendation of one of his teachers. This led him to sign a contract with an agent, the one who pushed him very much in his artistic career. At the age of eight and a half, he obtained the role of one of the four chorus boys in the Broadway musical "Evita", in which, ironically, he sang songs whose lyrics were penned by Tim Rice. He was in that production for four months before changing to a more scenic Stephen Sondheim's "Sunday In The Park With George", in which he began to act alongside such stars as Bernadette Peters and Mandy Patinkin. At the age of eleven, Kane participated in the "Very Special Arts" festival, a benefit for disabled children, which gave him an opportunity to sing by First Lady Nancy Reagan in the White House and the Kennedy Center.Kane has appeared in many commercials and has been a guest star in such popular programs as Law & Order (1990), One Life to Live (1968), The Guiding Light (1952), Search for Tomorrow (1951) and Plaza Sésamo (1972). He has also been a host on the Nickelodeon series, Rated K Update (1988) and has been the assistant conductor of an interview program called Girl Talk (1989).In theater, his credits include the role of the young "Lucius" in the Public Theater's production of "Titus Andronicus" and two roles in the Lincoln Center's production of "Winter's Tale".This multi-talented artist is actually in his second year at the New York University of Cinema, where he studies the history of movies and their creation. When he's not in school, Kane's passion is his band "Misconceptions", which has many followers in New York, Baltimore, Albany and other close places. Kane is the lead singer of the group, and he also writes the songs and occasionally plays the guitar and the harmonica for this alternative rock group, which is now making their first album.
Brad Kane is a member of Producer

Kane has appeared in many commercials and programs such as Law & Order, One Life to Live, Guiding Light, Search for Tomorrow, and Plaza Sésamo. He has also been a host on the Nickelodeon series Rated K Update and has been the assistant Conductor of an interview program called Girl Talk In theatre, his credits include the role of the young Lucius in the Public Theater's production of Titus Andronicus, and two roles in James Lapine's Lincoln Center production of The Winter's Tale. He provided the singing voice of the character Aladdin, opposite Lea Salonga, in the 1992 film of the same name, as well as its sequels. In 1993, Kane teamed up again with Salonga to do a live version of "A Whole New World", the hit song from Aladdin, at the 65th Academy Awards.

In 1993, he played Arpad Laszlo in the Broadway revival of She Loves Me. He also played Tucker Wells in the season three episode "The Prom" of Buffy the Vampire Slayer, and provided Jonathan Levinson's singing voice in the episode "Superstar". On September 11, 2005, Kane was invited to a ceremony at Hong Kong Disneyland, the night before the theme park's opening. He performed the song "A Whole New World" from Aladdin with Cantopop star Joey Yung. As Caleb Kane, he released the song "This Close", which was played on the movie Devil's Pond. Then in 2004, he released his website with a message board to promote his album "This Day In History" with the first single "Go Mad" released in March 2006. Caleb has two versions of the video of this single and also another promotional video for "In Your Own Way", a song that was played on the show The Black Donnellys.

His first album, This Day in History, was released on July 1, 2008. In Fall 2008, he joined the FOX science-fiction series Fringe as a Writer and co-producer. After the completion of the second season, he left the show. He co-wrote the episodes: "The Cure" (co-written by co-executive Producer Felicia D. Henderson), "The No-Brainer" (co-written by co-executive Producer David H. Goodman), and "Inner Child" (co-written with Julia Cho). On June 7, 2011, it was announced that he was involved with the aborted reboot of Daredevil. Since 2014 Kane is a Producer on Black Sails.