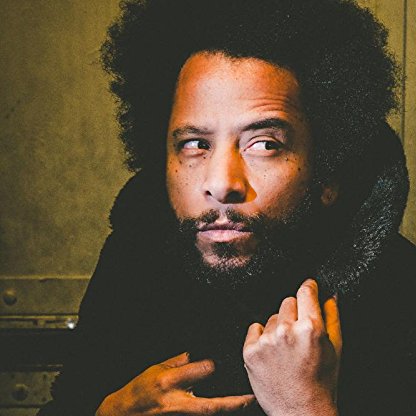 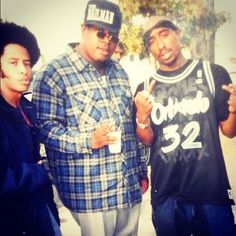 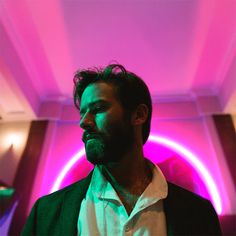 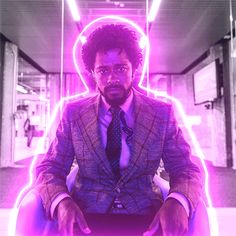 Boots Riley was born in 1971 into a family of radical organizers in Chicago. The family later moved to Detroit and then to Oakland by the time he was 6. His interest in politics began at a young age, inspiring him to join the radical Progressive Labor Party and the International Committee Against Racism at the age of 14.

In 1991, he and other hip hop artists created the Mau Mau Rhythm Collective. They put on "Hip-Hop Edutainment Concerts" which allied with and promoted the campaigns of community-based organizations like Women's Economic Agenda Project (WEAP), Copwatch, International Campaign To Free Geronimo Pratt, and the Black Panther Alumni Association. The Mau Mau Rhythm Collective was actively involved in the campaign to stop the FBI's "Weed And Seed" program (which was used in the '60s in conjunction with CoIntelPro) from coming to Oakland. They used the growing popularity of their concerts to bring a large number of youth to take over a closed Oakland city council meeting and hold a public meeting.

In 1992, The Coup signed to Wild Pitch Records/EMI. The group released their debut album Kill My Landlord in 1993. Two singles from that album, "Dig It" and "Not Yet Free", received play on BET, Yo! MTV Raps, and mix shows on national Black radio.

Also, in 1993, E-40 released the video for "Practice Lookin' Hard". It was a song based around Boots's lyric, "I got a mirror in my pocket and I practice lookin' hard" from the song "Not Yet Free" on Kill My Landlord. The video featured Boots Riley singing the chorus while he, Tupac Shakur, and E-40 reflected light into the camera from a handheld mirror while dancing around.

In 1994, The Coup released their second album, Genocide & Juice. It featured guest appearances by E-40 and Spice-1. Fueled by video play and some radio play for the single "Fat Cats And Bigga Fish", the album shot up the charts, but stalled when EMI suddenly absorbed Wild Pitch. At this point, E-roc left The Coup on amicable terms.

1998's Steal This Album, released on indie label Dogday Records, was called "a masterpiece of slow-rolling West Coast funk" by Rolling Stone magazine. The single from that album “Me And Jesus The Pimp In a ‘79 Granada Last Night” was an 8-minute song about the grown-up son of a prostitute driving his mother’s killer to a secluded place in which to murder him. A novel, Too Beautiful For Words by Monique W. Morris, based on the story characters and descriptions in the song, was published by HarperCollins in 2000. The album also featured a guest appearance by Del The Funky Homosapien on the track "The Repo Man Sings for You".

In 2000, Boots, through his workshop on Art and Organizing at La Peña Cultural Center, led a group of young artists to create “Guerilla Hip-Hop Concerts” on a flatbed truck which traveled throughout Oakland to protest California’s Proposition 21. The workshop also distributed tens of thousands free cassettes of “The Rumble”, which he called "newspapers on tape".

The group's fourth album, Party Music, was released on 75 Ark Records in 2001. It was re-released in 2005 by Epitaph Records. The original cover art depicted group members standing in front of the Twin Towers of the World Trade Center as they explode. Riley is depicted pushing a button on a bass guitar tuner and DJ Pam the Funkstress is shown holding conductor's wands. The photo was taken in May 2001. The album was scheduled to be released just after the September 11, 2001 attacks. In response to the uncanny similarity of the artwork with the attacks, the album release was delayed until an alternative cover could be prepared. The album hit #8 in the 2001 Village Voice Pazz and Jop Poll- the most important year-end critic's list, was named “Pop Album Of The Year” by the Washington Post, and "Hip-Hop Album Of The Year" by Rolling Stone. The album included a guest appearance by dead prez on the song "Get Up". Boots Riley released a controversial press release one week after the 9/11 events, which was later published in the book, Another World Is Possible. The press release stated that "last week's events were symptomatic of a larger backlash against U.S. corporate imperialism." The controversy surrounding the cover art, press release, and the lyrics from Party Music (specifically the song "5 Million Ways To Kill A CEO") led to Boots appearing on local network news affiliates all over the U.S. He also appeared on Fox News's Hannity and Colmes and ABC's Politically Incorrect with Bill Maher. During this time, syndicated columnist Michelle Malkin called Boots's lyrics “a stomach-turning Example of anti-Americanism disguised as highbrow intellectual expression.”

In 2002, Riley taught a daily high school class, "Culture and Resistance: Persuasive Lyric Writing", at the School of Social Justice and Community Development in East Oakland.

Boots Riley produced the score for the 2005 episode of The Simpsons, "Pranksta Rap".

In 2007 and 2008, Riley toured heavily with New Orleans-based band Galactic. The band performed Coup songs behind Riley's vocals and they also performed their collaboration, "Hustle Up". In 2008, while performing with Galactic in Norfolk, VA, police interrupted the concert and Riley was charged with "public profanity"- a charge that had, until then, never been used in its 26 years of existence.

In 2010 and 2011, Boots Riley recorded with Ursus Minor again on I will not take "but" for an answer and toured with the group in France. During the fall of 2011, Riley became heavily involved with the Occupy Oakland movement.