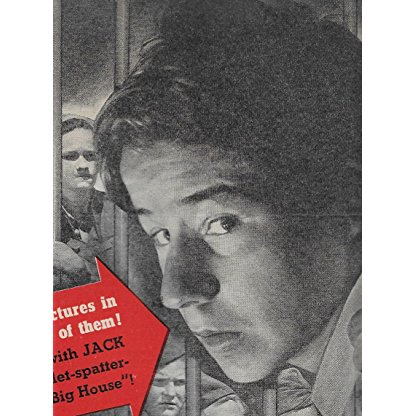 Bobby Jordan was born on April 01, 1923 in  Harrison, New York, United States, is Actor, Soundtrack. Bobby was raised in Flatbush, Brooklyn. By the time he was four and a half, he could act, tap dance and play the Saxophone. He made his stage debut in 1930 and film debut at Warner Bros./Vitaphone in 1931. He also reportedly had a bit part in the 1934 Eddie Cantor film, "Kid Millions". He then appeared on Broadway in "Dead End", which opened on October 28, 1935. He left the show in mid-November 1936 to appear in the The Samuel Goldwyn Company film version of "Dead End". Warner Brothers studios signed the all of the Dead End Kids to contracts. At the peak of his career, Bobby made $1,500 a week, owned a $150,000 home in Beverly Hills and was the sole support of his mother, two brothers a sister and a niece. In 1940, Bobby returned to Universal to appear with several other Dead End Kids in The Little Tough Guys series. Later the same year, Monogram featured him in his first East Side Kids film, "Boys of the City". In 1943, Bobby was drafted. He served as a foot soldier in the 97th Infantry until 1945 with his only film appearance being the East Side Kid's "Bowery Champs" (1944), playing himself in a running gag. In 1946, Bobby appeared in the first Bowery Boys picture, "Live Wires". But, after eight films he left because he was forced to take a backseat to Leo Gorcey and Huntz Hall. In March of that year, he married Lee, and in 1949, they had a son, Robert Jr. Bobby worked sporadically in film and television afterwards. He tried a nightclub act, then he found additional work as a bartender, door-to-door photograph salesperson and he later worked as an oil driller in Coalinga. In 1957, he and Lee divorced, and in 1958, he declared bankruptcy when he failed to pay alimony and child support. On August 25, 1965, Bobby collapsed at the home of a friend he had been living with. Already a heavy drinker, he was admitted to a Veterans Administration Hospital in Los Angeles for treatment for Cirrhosis of the liver.
Bobby Jordan is a member of Actor 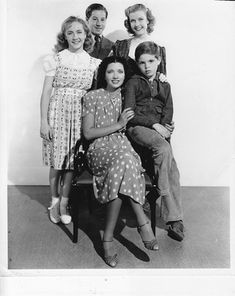 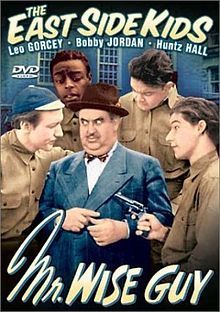 His mother took him to talent shows in and around Harrison, New York. He also modeled for newspaper and magazine advertisements and appeared in short films and radio programs. In the late 1920s, his family moved to the upper west side of Manhattan. In 1929, he was cast as Charles Hildebrand in the 1929 Broadway play, Street Scene.

Though he was the youngest, Jordan was the first of the boys who made up the Dead End Kids to work in films with a role in a 1933 Universal short. In 1935, he became one of the original Dead End Kids by winning the role of Angel in Sydney Kingsley's Broadway drama Dead End about life in the slums of the east side of New York City. The play was performed at the Belasco Theatre and ran for three years with over 600 performances. He appeared for the first season and the beginning of the second but left in mid-November 1936. He returned in time to join the others in 1937 in Hollywood, California to make the movie version of the play, starring big names such as Humphrey Bogart, Joel McCrea, Sylvia Sidney, and Claire Trevor.

Following the making of Dead End, Jordan found himself "released" from his contract at Goldwyn, and, subsequently, he appeared at Warner Brothers with the rest of the Dead End Kids. After one year, Warners released most of them, but kept Leo Gorcey and Jordan as solo performers. Jordan appeared (as "Douglas Fairbanks Rosenbloom") in Warner's Damon Runyon comedy A Slight Case of Murder (1938) and at Metro-Goldwyn-Mayer in Young Tom Edison (1940).

In 1940, Jordan appeared in the film Military Academy and accepted an offer from Producer Sam Katzman to star in a new tough-kid series called "The East Side Kids." Leo Gorcey soon joined him, then Huntz Hall, and the trio continued to lead the series through 1943, when Jordan entered the United States Army during World War II as a foot soldier in the 97th Infantry Division. He was subsequently involved in an elevator accident that forced him to have surgery to remove his right kneecap.

When Jordan returned to films in 1945, he found that his former gang-mates Gorcey and Hall were obtaining the lion's share of both the content and the salary for the new Bowery Boys film series. Dissatisfied with his background status, he left the series after eight entries, and made only a few films thereafter.

On July 1, 1957, Jordan played Bob Ford, the assailant of Jesse James, in the Dale Robertson television series, Tales of Wells Fargo. The episode ends some two months before Ford assassinated James in the latter's residence in St. Joseph, Missouri. Hugh Beaumont appeared in the episode as Jesse James.

On August 25, 1965, he entered the Veterans Hospital in Sawtelle, California, for treatment of cirrhosis of the liver. He died on September 10, 1965, at the age of 42. Of his former Dead End Kid and East Side Kid co-star, Leo Gorcey once observed, "Bobby Jordan must not have had a guardian angel." One of his last performances was in a Bonanza episode, "The Many Faces of Gideon Flinch", where he played one of Bullet Head Burke's right hand men.