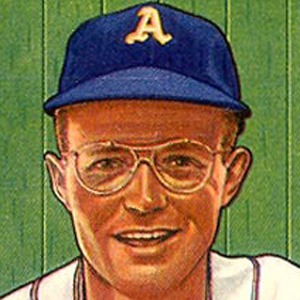 Former speedy All-Star third baseman who was a lifetime .306 hitter.

He played college football at the University of Idaho.

He grew up in Glendale, California.

He once lost in a race to Jesse Owens, the four-time Olympic gold medalist.