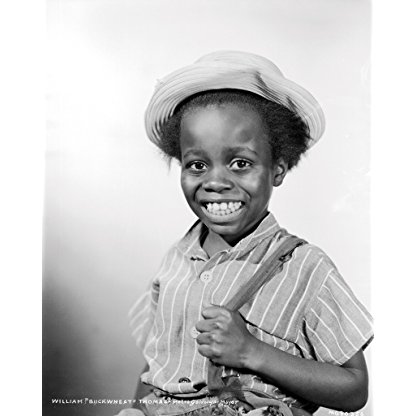 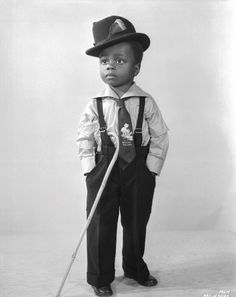 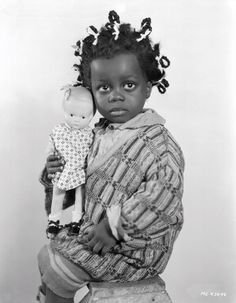 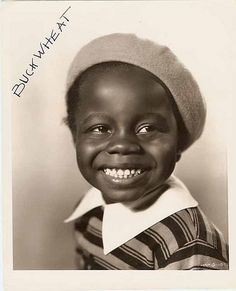 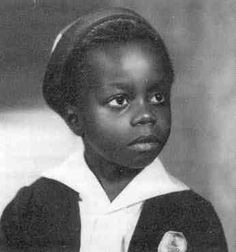 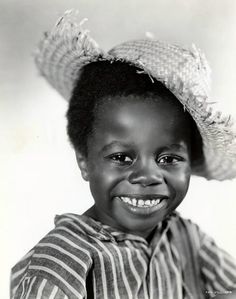 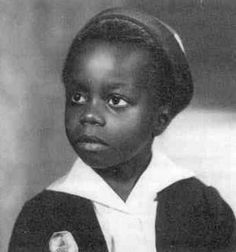 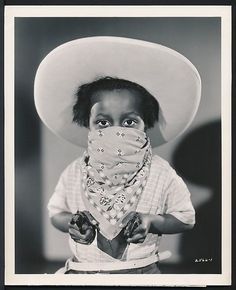 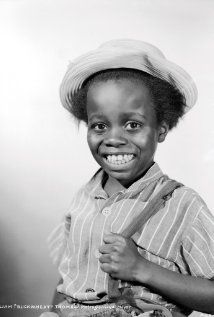 Thomas remained in Our Gang for ten years, appearing in all but one of the shorts, Feed 'em and Weep (due to sickness when Philip Hurlic filled in for him), made from Washee Ironee in 1934 through the series' end in 1944. During the first half of his Our Gang tenure, Thomas's Buckwheat character was often paired with Eugene "Porky" Lee as a tag-along team of "little kids" rallying against (and often outsmarting) the "big kids", George "Spanky" McFarland and Carl "Alfalfa" Switzer. Thomas had a speech impediment as a young child, as did Lee, who became Thomas's friend both on the set and off. The "Buckwheat" and "Porky" characters both became known for their collective garbled dialogue, in particular their catchphrase, "O-tay!" originally uttered by Porky, but soon used by both characters.

Thomas began appearing as "Buckwheat" with 1935's Mama's Little Pirate. Despite Thomas's being a male, the Buckwheat character remained a female—dressed as a Topsy-esque image of the African-American "pickaninny" stereotype with bowed pigtails, a large hand-me-down sweater and oversized boots. After Stymie's departure from the series later in 1935, the Buckwheat character slowly morphed into a boy, first referred to definitively as a "he" in 1936's The Pinch Singer. This is similar to the initial handling of another African-American Our Gang member, Allen "Farina" Hoskins, who worked in the series during the silent and early sound eras.

Despite the change in the Buckwheat character's gender, Billie Thomas's androgynous costuming was not changed until his appearance in the 1936 film Pay as You Exit. This new costuming—overalls, striped shirt, oversized shoes, and a large unkempt Afro—was retained for the series until the end. The reason for the change in appearance was so he could portray a runaway slave from late 1936's Our Gang feature film General Spanky.

Thomas remained in Our Gang when the series changed production from Hal Roach Studios to Metro-Goldwyn-Mayer in 1938. Thomas was the only Our Gang cast member to appear in all 52 MGM Our Gang shorts, and was also the only holdover from the Hal Roach era to remain in the series until its end in 1944. By 1940, Thomas had grown out of his speech impediment, and with Lee having been replaced by Robert Blake, Thomas's Buckwheat character was written as an archetypal black youth. He was twelve years old when the final Our Gang film, Dancing Romeo, was completed in November 1943.

Thomas enlisted in the US Army in 1954 at the age of 23, and was released from active military Service in 1956 decorated with a National Defense Service Medal and a Good Conduct Medal.

The Comedian and comedy actor Eddie Murphy performed a series of Buckwheat sketches on Saturday Night Live during the 1980s, when he was a cast member. But Thomas's co-star George McFarland, who played "Spanky" in the Little Rascals, made it clear that he hated Murphy's imitations. "I didn't care for them a bit," he complained of them. "Mr. Murphy did a very poor imitation. He made Buckwheat into a stereotype that he wasn't, at the expense of the people in his family who are still alive."

In 1990, the ABC newsmagazine 20/20 aired a segment featuring a man named Bill English, then a grocery bagger in Arizona who claimed to be the adult Buckwheat. English's appearance prompted public objections from McFarland, who contacted media outlets following the broadcast to declare that he knew the true Buckwheat to have been dead for ten years. Confronted directly by McFarland on the television newsmagazine A Current Affair, English refused to retreat from his claim, maintaining that he had originated the role of Buckwheat, with other actors playing the character only after he had left it. The next week, 20/20 acknowledged, on-air, that English's claim had been false and apologized for the interview. Fallout from this incident included the resignation of a 20/20 Producer and a negligence lawsuit filed by the son of william Thomas. English died in 1994.