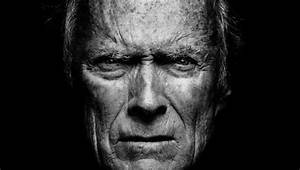 He married Muriel Linnett on 5 November 1949, and they had two children. She died in June 1983. Maynard was a vegetarian. His son is musician Martin Maynard Williams.

Maynard was born at 5 Oak Cottages, Heath End, Farnham, Surrey, and attended Kibworth Beauchamp Grammar School in Leicestershire. He began as a variety performer, taking his professional surname from a billboard for Maynard's Wine Gums, a popular British confectionery. Years later he said the BBC asked him to change his surname and said to himself "That'll do". Maynard's first television broadcast was on 12 September 1953 on Henry Hall’s Face the Music.

He was placed fourth in the British heat of the 1957 Eurovision Song Contest. With Terry Scott, he appeared at Butlins Holiday Camp in Skegness and partnered him in the TV series Great Scott, It's Maynard!.

He was part of the team that presented the One O'Clock Show for Tyne Tees Television in Newcastle (1959–64). He appeared in Dennis Potter's television play Paper Roses (1971), about the last day in the life of a reporter, and another notable straight acting role followed when he appeared in Colin Welland's television play, Kisses at Fifty (1973). Around the same time, Maynard worked with television actor and Comedian Ronnie Barker in the (original) "Football Blues" which aired as "Spanners Eleven" (also 1973) and was part of a series called Seven of One.

He was the subject of This Is Your Life in 1974 when he was surprised by Eamonn Andrews. Maynard published his autobiography The Yo-Yo Man in November 1975 (published by Leicester's Golden Eagle books), and Stand Up...And Be Counted in 1997 (Breedon Books). In April 1992, he returned to Yorkshire Television, and began playing the lovable old rogue Claude Jeremiah Greengrass, in the popular and long running television series Heartbeat, remaining in the show until December 2000, and its spin off series The Royal until 2003.

In March 1984, Maynard stood against Tony Benn in the by election at Chesterfield as an Independent Labour candidate. It was his sole foray into politics and was intended to prevent Benn returning to Parliament. Benn retained the seat; Maynard took fourth place.

Having originally retired from acting in 2000 following a series of strokes, he made a comeback to radio presenting in March 2003, for BBC Radio Leicester, where he had last worked in 1968. His show, called Bill of Fare, aired every Sunday afternoon from 2pm to 4pm for nearly five years, until he was dismissed without notice on 5 February 2008. On April 14th 2018 Maynard appeared on Pointless Celebrities along with Tricia Penrose. It was filmed prior to Maynards death.

In October 2009, he made a return to the stage when he appeared as the main guest of honour at the Pride of Bridlington Awards held in the East Riding of Yorkshire.

In later life, Maynard was mobility impaired, usually using a mobility scooter or wheelchair, having suffered from multiple strokes. He died in hospital on 30 March 2018, not long after falling and breaking his hip.