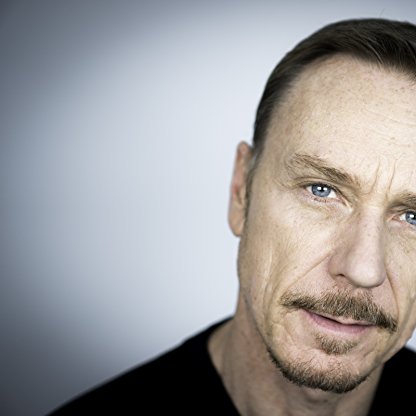 Ben Daniels was born on June 10, 1964 in  Nuneaton, Warwickshire, England, United Kingdom, is Actor, Soundtrack. Ben Daniels is a multi-award winning performer who is equally at home whether working in Film, Television or Theatre. He was born in the Midlands and became interested in acting through drama lessons while at comprehensive school. He began his career after leaving London's prestigious LAMDA drama school. His early work in theatres around the UK led to him being cast as Richard Loeb, one of the two Chicago "thrill killers" who murdered a nine-year-old boy in John Logan's factual play, "Never the Sinner", at London's Playhouse Theatre. His performance earned him a nomination for Best Supporting Actor in that year's Laurence Olivier Awards and has led to a highly respected theatre career, notably "Martin Yesterday" by Canadian writer Brad Fraser for which he received a M.E.N. nomination for Best Actor, "As You Like It" (TMA Supporting Actor award nomination), "All My Sons" receiving an Olivier Award and a Whatsonstage Award for Supporting Actor and, most recently, starring opposite Academy Award nominee Laura Linney in the Broadway revival of Christopher Hampton's "Les Liaisons Dangereuses", for which he received a Tony Nomination for Best Actor, A Theatre World Award for Breakthrough Broadway Performance, a Drama Desk nomination for Distinguished Performance and an Outer Critics Circle nomination for Outstanding Performance.Ben's television breakthrough came playing philandering "Finn Bevan" in three seasons of the BAFTA-nominated BBC series Cutting It (2002). Other notable television work includes the late, great Frank Deasy's hard-hitting drama Real Men (2003) and the controversial The Passion (2008), playing "Caiaphas"; "Francis Walsingham" in The Virgin Queen (2005); HBO's Conspiracy (2001); Ian Fleming in Ian Fleming: Bondmaker (2005); the political thriller The State Within (2006) and, more recently, four seasons of the acclaimed ITV drama, Law & Order: UK (2009), as senior crown prosecutor "James Steel".His diverse film work includes the religious fanatic "Goat" in Doom (2005); "Leopold the Tutor" in Daisy von Scherler Mayer's Madeline (1998); neo-hippy "Tony" in Beautiful Thing (1996); "DJ Bob" in Michael Winterbottom's I Want You (1998); "Augustin Robert", the soldier who falls in love with a leopard, in Passion in the Desert (1997), the sadistic "Danny" in Noli's disturbing Married/Unmarried (2001) and the upcoming _Luna (2011), written and directed by cult artist and graphic novelist Dave McKean.
Ben Daniels is a member of Actor 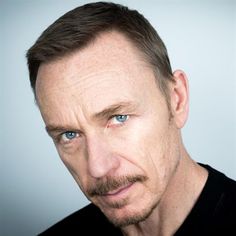 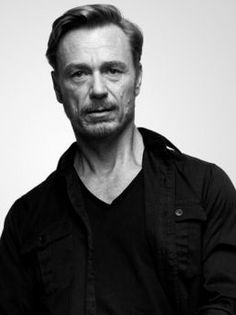 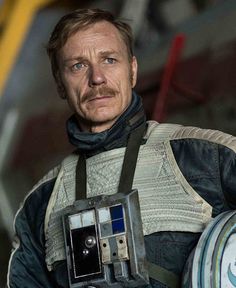 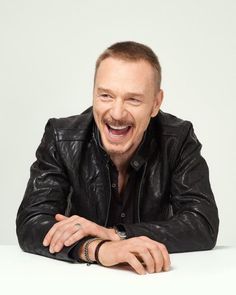 Daniels was educated at Manor Park School, a state comprehensive school in Nuneaton, near Coventry, in Warwickshire (since closed). According to Daniels, drama lessons at O-levels gave him a voice, and when he attended sixth form studies at Stratford College between 1980 and 1982, doing A-levels in theatre studies and English literature, he attended Royal Shakespeare Company performances. A fellow student recalled that Daniels, whom he knew as Dave, "was very serious about his work, and struck me as incredibly intelligent... you got the sense his mind was working; the cogs were ticking over". Daniels subsequently trained at the London Academy of Music and Dramatic Art (LAMDA) for three years.

One of Daniels' earliest roles was as Justin Hayward, the lead singer of the Moody Blues, as a teenager in two of the band's music videos, "Your Wildest Dreams" (1986) and "I Know You're Out There Somewhere" (1988). In 1992, he made an appearance in the infamous plane crash episode "Cascade" of the television show Casualty, playing the co-pilot of the doomed plane. He has taken on parts in many British television dramas, such as Robin in The Lost Language of Cranes (1991), the Biblical character Jonathan in the 1997 Emmy-nominated TV film David, the philandering Finn Bevan in Cutting It (2002–2005), and Nicholas Brocklehurst in the BBC television miniseries The State Within (2006). The latter role was notable for an unexpected same-sex kiss between Daniels' character and another person. In 2008 he appeared in Lark Rise to Candleford, a BBC production based on three semi-autobiographical novels about the English countryside written by Flora Thompson.

Daniels lives in south London. He lives with actor Ian Gelder. They met during a 1993 production of Joe Orton's Entertaining Mr Sloane. Daniels was already sure of his orientation in his teens (He once remarked: "Out? I've never been in.") although he did not discuss the matter with his parents because they did not have a very close emotional relationship. He was "cautious about mentioning it when I left drama school, because AIDS was terrifying everyone and there was a huge homophobic backlash". He decided to come out at the age of 24, while appearing in an all-star benefit performance of Martin Sherman's Bent.

Daniels may be most recognizable to American audiences for appearing in the 1996 gay film Beautiful Thing. Daniels portrayed Tony, boyfriend of Sandra, the protagonist Jamie's mother. In an independent film directed by Lavinia Currier titled Passion in the Desert (1997), Daniels played a French soldier named Augustin Robert. The film was nominated for a Golden Seashell award. Other feature films that Daniels has starred in are The Bridge (1992), I Want You (1998), Madeline (1998), and Doom (2005). He was offered roles in the 2000 releases The Patriot and Vertical Limit, but turned them down and stated that "the money was good, but it wasn't for me". Daniels had a brief appearance as a rebel pilot in the Star Wars film Rogue One: A Star Wars Story.

Daniels said in an interview in 2001: "Homophobia is still shockingly prevalent in film and TV. I know I've lost work because of being gay, and it is always an issue. Even on a serious BBC Two drama, there will be some suit in some office going, "Hmmm, isn't he a poof?" I don't consider myself politically gay, but whenever I catch a whiff of that now, I'm on it like a ton of bricks." In 2007, Daniels was ranked number 79 in the annual Pink List of 100 influential gay and lesbian people in Britain published by The Independent on Sunday, down from number 47 in 2006.

Daniels won the Best Supporting Actor award at the Whatsonstage.com Theatregoers' Choice Theatre Awards and the 25th Laurence Olivier Awards in 2001 for his performance in the Arthur Miller play All My Sons. He was first nominated for the latter award earlier in his career, in 1991, for his performance as murderer Richard Loeb in the play Never the Sinner at the Playhouse Theatre. In 2008, Daniels fulfilled a lifetime ambition when he made his Broadway début, headlining as the Vicomte de Valmont in a revival of Les Liaisons Dangereuses. The show opened on 1 May 2008. Daniels was nominated for a Tony Award for Best Performance by a Leading Actor in a Play for his role.

Daniels has said that he loves acting on stage because "it's tough and keeps you on your toes as an actor". He appeared in All's Well That Ends Well and As You Like It (1999–2000), and played Mercutio in a 1994 TV adaptation of Romeo and Juliet. Other theatre credits include Waiting for Godot (1994) and 900 Oneonta (1994), which earned him a nomination for Best Actor at the Evening Standard Awards. He also acted in Martin Yesterday (1998), for which he was nominated as Best Actor in the Manchester Evening News Theatre Awards, Naked (1998), Tales From Hollywood (2001), Three Sisters (2003), Iphigenia at Aulis (2004), The God of Hell (2005), and The Wild Duck (2005–2006). In 2006, Daniels appeared in Thérèse Raquin as Laurent, for which a reviewer labelled his performance "riveting". On 1 April 2018, Daniels appeared as Pontius Pilate in the NBC live musical, Jesus Christ Superstar Live in Concert!.