Barbara Piasecka Johnson was born on February 25, 1937 in United States. Former chambermaid and Johnson & Johnson heiress died in April 2013, following a "long and complicated illness," according to her family. After studying art history at Wroclaw University, "Basia" left Poland for the United States in 1968, landing a job as the chambermaid of Johnson & Johnson heir J. Seward Johnson and his wife Esther. By 1971 Johnson had divorced his wife and married Piasecka. Upon Johnson's death in 1983 Piasecka inherited the bulk of his fortune, including 18 million shares of Johnson & Johnson. She also got the couples' Princeton, New Jersey estate, Jasna Polana, which she later transformed into a country club with the manor house serving as club house and the grounds becoming a par-72 golf course designed by Gary Player. Piasecka was a noted art and antiques collector, with a particular interest in Baroque and Old Masters. In 2004 she sold the world's most expensive piece of furniture, the Badminton cabinet, to Prince Hans-Adam II of Liechtenstein for a record $36.7 million and in December 2009 sold a Rembrandt to Steve Wynn for $32.9 million. Wynn tried to sell the work for $47 million last year but found no takers. Piasecka was an active supporter of Art for Autism and funded philanthropic initiatives in her native Poland, where she resided at the time of her death.
Barbara Piasecka Johnson is a member of Health care 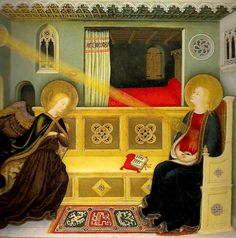 Piasecka Johnson was born in Staniewicze near Grodno, Poland (now in Belarus). Her Father was a farmer. She graduated from Wroclaw University with a M.A. in Art History. She left Poland in 1968, with $100 in her possession.

Johnson was involved in a number of charitable projects, especially in Poland, through the Barbara Piasecka Johnson Foundation which she established in 1974. Johnson founded a school in Gdańsk for autistic children, and donated to the church in Poland, and welfare centres.

She was the primary beneficiary of his will and received the bulk of her husband's fortune of $400 million after he died in 1983 ($983 million as of 2017). Excluded from their father's will, Seward Johnson's six children sued on grounds that their Father wasn't mentally competent at the time he signed the will. The case went to trial but was settled prior to return of a verdict, and the children were granted about 12% of the fortune, leaving Piasecka Johnson in control of the majority of the estate.

Paintings from Piasecka Johnson's art collection were displayed in Monaco's Museum of the Chapel of Visitation from 1995 to 2014. Her collection was removed from the chapel in May 2014 in preparation for its eventual sale at Christie's auction house in July 2014.

In 2007, Johnson was listed on the Forbes 400 World's richest People list with an estimated net worth of $2.7 billion, making her the 149th richest person. She converted the family estate in Princeton, New Jersey, named Jasna Polana, into a country club.