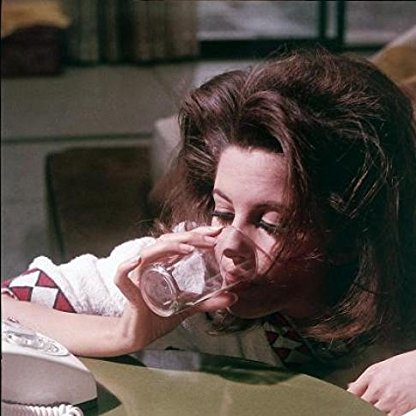 Barbara Parkins was born on May 22, 1942 in  Vancouver, British Columbia, Canada, is Actress. Barbara Parkins is best remembered as an icon of the Sixties who had starring roles in two of the era's more notorious productions, Peyton Place (1964) and Valley of the Dolls (1967). After arriving in Hollywood as a teenager, Parkins soon began appearing on episodic television programs such as Wagon Train (1957) and Perry Mason (1957). She also appeared with George Burns as a dancer in his nightclub act. She was soon offered the pivotal role of "Betty Anderson" in what would become television's first prime-time soap opera, Peyton Place (1964). The show was an immediate success and turned Parkins, along with costars Ryan O'Neal and Mia Farrow into household names. Parkins was nominated for an Emmy Award as Best Actress and stayed with the series for its entire 5 year run. Her popularity was further solidified when, in 1967, she starred in the motion picture Valley of the Dolls (1967), which became a huge box office hit. She became close friends with her "Dolls" costar, Sharon Tate and traveled to London to be her bridesmaid when Tate married director Roman Polanski in 1968. Parkins fell in love with England, UK. After Tate's murder in 1969, Parkins decided to leave Hollywood and took up residence in London. There, she appeared on the BBC and starred in such international productions as Puppet on a Chain (1971), Christina (1974) and Shout at the Devil (1976). Her career, however, was no longer the prime focus of her life. She married in the late 1970's and lived in France for awhile. When her marriage ended, Parkins returned to the United States and gave Hollywood another try. She appeared in popular TV shows of the day such as The Love Boat (1977), 0077008, and Hotel (1983). She also filmed Bear Island (1979) with Donald Sutherland and Vanessa Redgrave and Breakfast in Paris (1982). Parkins joined other original cast members for a Peyton Place reunion movie, Peyton Place: The Next Generation (1985), in 1985. Her career, however, was once again put on hold when her daughter Christina was born. Parkins has made infrequent appearances since the late 1980's although she did return to weekly television for a brief stint in the CBS-TV series Scene of the Crime (1991) which was filmed in the city she was born, Vancouver. In 1997, Parkins was the guest of honor at a 30th anniversary screening of Valley of the Dolls (1967) in San Francisco. During a question-and-answer segment with columnist Ted Casablanca, she announced to the sold-out audience that she planned to retire. The following year, however, she appeared in Scandalous Me: The Jacqueline Susann Story (1998), based on the life of Valley of the Dolls' controversial author. Whether Parkins will resume her career full- time or really retire is unknown at this time.
Barbara Parkins is a member of Actress 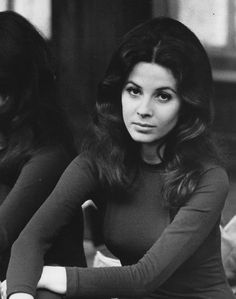 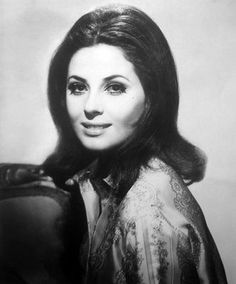 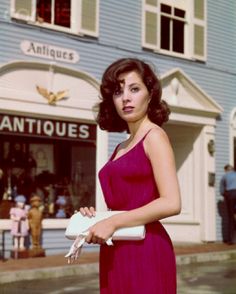 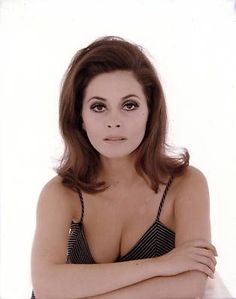 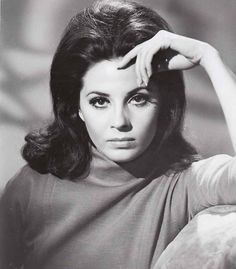 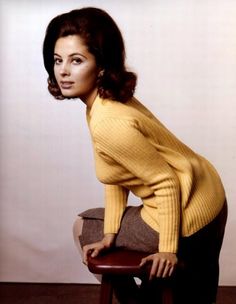 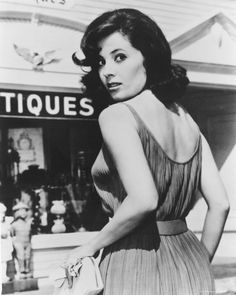 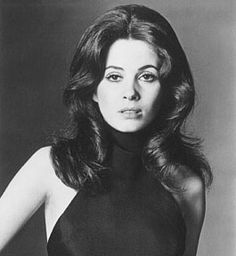 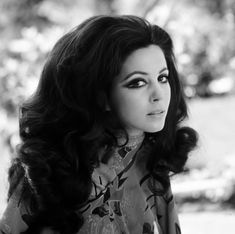 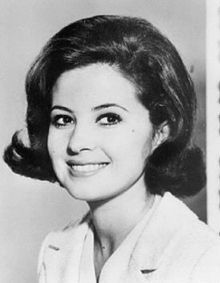 I'm lucky in the role I have. Mine was the big story when the series started off. I haven't had much to do lately, but when I do have scenes, they are important to the plot. You might say I'm the salt and pepper in the stew.

In the late 1960s, Parkins was linked to several men, but she insisted most of the stories were made up by gossip magazines. Some of the men included Omar Sharif, Adam West, David Hedison, and Marcel Marceau. In a 1965 interview Parkins said:

Parkins was born in Vancouver, British Columbia. At the age of 16, her adoptive mother and she moved to Los Angeles, where she enrolled at Hollywood High School and began to study acting, tap, ballet, and fencing at the Falcon School, where her mother played the piano. Her earliest employment was as a backup singer and Dancer in the nightclub acts of major stars, including Comedian George Burns. She made her film debut in a 1961 low-budget crime caper, 20,000 Eyes, and also guest-starred in a number of television series, including Leave It to Beaver, The Untouchables, Perry Mason, and The Wide Country.

She was the only female star to remain with the series through its entire run (1964–1969). In 1966, she was nominated for an Emmy Award as Best Actress in a Lead Role in a Dramatic Series, but lost to Barbara Stanwyck for The Big Valley. About losing the award on her 24th birthday, Parkins told the press:

In Peyton Place, Parkins received lead billing for her role as small-town bad girl Betty Anderson. As initially conceived, the character was scheduled to die in a car crash six weeks into the season, but audience reaction to Parkins was overwhelmingly favorable, and it was decided to keep her in the story line. In a late 1965 interview, the Actress said about her role:

After visiting London in 1968, when she served as a bridesmaid at the wedding of Valley of the Dolls co-star Sharon Tate and Director Roman Polanski, Parkins decided to move to England, where she starred in several productions. Among them: Puppet on a Chain, Shout at the Devil and The Mephisto Waltz, with Alan Alda and Jacqueline Bisset. Parkins explained why she moved to London by saying: "It's more relaxed; there's a simplicity; I love the traditions."

In the late 1970s, Parkins moved to France and married, and in the late 1980s, she adopted her only child, daughter Christina.

In the 1980s, she continued to work in television movies, including To Catch a King, in which she portrayed the Duchess of Windsor, and opposite Sharon Stone in The Calendar Girl Murders. She also auditioned for the title role in the James Bond film Octopussy (1983), but lost to Maud Adams. She returned to the role of Betty Anderson in Peyton Place: The Next Generation (1985), a one-shot sequel to her popular series.

In 1991, she starred in a Canadian mystery series entitled Scene of the Crime, then spent most of the remainder of the decade in semiretirement. She emerged in the late 1990s to participate in two Susann-inspired projects, the biography Scandalous Me and a segment of the Lifetime series Intimate Portrait. In 1995, she was chosen by Empire magazine as number 81 on their list of 100 Sexiest Stars in film history.

In 2006, she participated with Ted Casablanca on the audio commentary for the DVD release of Valley of the Dolls and attended the release party on June 13, 2006.

In Valley of the Dolls, Parkins played Anne Welles, the naive small-town girl described as "the good girl with a million-dollar face and all the bad breaks"—a character based on author Susann. The film was trashed by the critics, although Parkins was one of the few to emerge unscathed. However, the movie was a huge commercial success and eventually became a campy cult classic. "Jackie was... taken with Barbara, who she felt resembled an earlier Jackie Susann, dark and intense and with a distinctive voice."