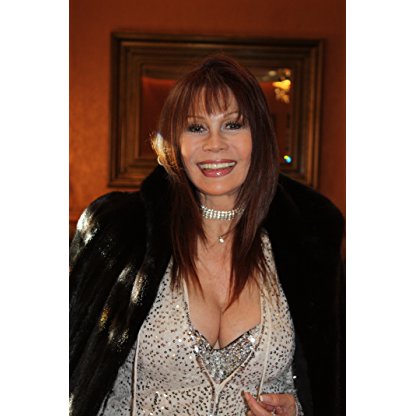 BarBara Luna was born on March 02, 1939 in  New York City, New York, United States, is Actress, Producer. Barbara Ann Luna was born on March 2, 1939 in Manhattan and virtually grew up on Broadway. Her Italian, Hungarian, Spanish, Portuguese and Filipino background has led her to portray a variety of roles. Richard Rodgers and Oscar Hammerstein II cast her in the Broadway hit musical "South Pacific", as Ngana, which was spoken entirely in French. When she outgrew her sarong, Luna, as she prefers to be called, was cast again by Rodgers and Hammerstein in "The King and I". When the show was closing after many years, Luna auditioned for the understudy role of Lotus Blossom in "Teahouse of the August Moon". Not only was she hired, but she was given the starring role--which was spoken entirely in Japanese--in the first national touring company for three years. While she was appearing with "Teahouse" in Los Angeles, she was seen by producer/director Mervyn LeRoy, who cast her as Camille, a blind girl who was the love interest for Frank Sinatra in The Devil at 4 O'Clock (1961), also starring Spencer Tracy.This led to other films, such as Firecreek (1968) with James Stewart and Henry Fonda, Ship of Fools (1965) with Vivien Leigh, Simone Signoret and Oskar Werner, and the prison drama The Concrete Jungle (1982) portraying Cat, the queen bee of the prison. Her exotic beauty and timeless look, along with her talent, has afforded her the opportunity to have a lengthy television career, as well. She is remembered by Star Trek (1966) fans for her portrayal of Lt. Marlena Moreau in the all-time classic episode "Mirror, Mirror" from the original series. She has guest-starred on nearly 500 television series. Some of her favorites are Aaron Spelling productions such as Fantasy Island (1977). Other favorites are Dallas (1978), The Bill Cosby Show (1969), Hunter (1984), Mission: Impossible (1966) (and its 1988 reincarnation, Mission: Impossible (1988)), Buck Rogers in the 25th Century (1979), The Outer Limits (1963) and many others.Luna continued to keep one foot on Broadway; in between film commitments, she appeared in a revival of "West Side Story" as Anita, at Lincoln Center in New York City. This was followed by the role of Morales in "A Chorus Line", where she got to sing the beautiful Marvin Hamlisch tune, "What I Did For Love". This inspired the multi-talented Luna to meet with Oscar nominee Marc Shaiman to have him write a nightclub act for her, and that he did: "An Evening with BarBara Luna". A New York reviewer, after her first engagement, said, "Ms. Luna can take the cabaret scene by storm". This review was noticed by agent Lee Solomon of the William Morris Agency office. He called and booked Luna to open for Bill Cosby at the Concord Hotel in the Catskills and Caesars Palace in Atlantic City, New Jersey. While she was singing at Freddies in New York City, she was offered a role in a soap opera.After a six-month stint as Anna Ryder (a role she created) on Search for Tomorrow (1951), she was then offered a two-year contract to play Maria Roberts on One Life to Live (1968). This character very quickly became notorious and extremely popular as the "character everyone loved to hate". Spelling then hired Luna for her to play Sydney Jacobs, a jewelry fence, on Sunset Beach (1997). Luna loves to travel, so she co-hosted "The Alpen Tour", a television special for the Travel Channel sponsored by TWA airlines that was filmed throughout Europe. When she returned to Los Angeles, Luna performed her club act to sold-out crowds at Tom Rolla's Gardenia Cabaret and the Cine-grill at the Hollywood Roosevelt Hotel. Recently, Luna made her first trip to the Philippines to film a movie for Showtime, Noriega: God's Favorite (2000), starring Bob Hoskins. Luna is a member of "The Thalians", a charity foundation at Cedars-Sinai Hospital. She is an avid sports fan, loves playing golf, tennis and dancing on roller skates.
BarBara Luna is a member of Actress 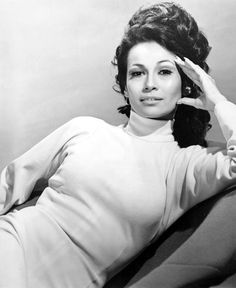 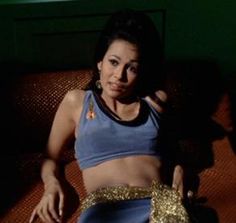 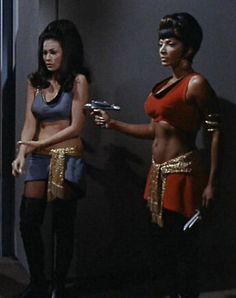 Opportunities in television came as well. Luna has appeared in some 500 television series, including Walt Disney's Zorro, where she was a recurring character in the "Joaquin" arc as Theresa, the Tamale Peddler, the role of Rikki Stevens in the 1958 Perry Mason episode, "The Case of the Sardonic Sergeant", The Wild Wild West as Gatita, The Big Valley as Miranda, Gunsmoke as Chavela (in "He Learned About Women" Episode 21 Season 7), Overland Trail as Estrelita (in episode "Mission to Mexico"), Bonanza as Cayetena Losaro, The Outer Limits as Gaby Christian, The Invaders as Lisa, Hawaiian Eye in three episodes: "The Koa Man" as Susan Chang, "Sword of the Samurai" as Michiko and "Payoff" as Tia Kuno, Hawaii Five-O in two episodes "A Thousand Pardons, You're Dead" as Yoko Collins and "A Lion in the Streets" as Elena Kamoku, Buck Rogers in the 25th Century as Koori, Dallas as Carmen Esperanza, Charlie's Angels as Cynthia Weaver and two guest starring roles on the original Mission: Impossible, as well as a guest starring role in the 1980s remake of that series.

One of her better-known roles was Lt. Marlena Moreau in the "Mirror, Mirror" episode of Star Trek: The Original Series (1967) – a role she still commemorates as a guest of Star Trek conventions worldwide. She has also had roles in the television soap operas Search for Tomorrow and One Life to Live. As Maria Roberts on One Life to Live, her character was involved in the kidnapping of baby Jessica Buchannan, a plot device which was revisited years after Maria's accidental death after being caught by Tina trying to kill Vicky. The Actress also appeared as Marnya on The Man from U.N.C.L.E. episode "The Man from THRUSH Affair".

Between film commitments, Luna remained active in musicals. She appeared as Anita in five companies of West Side Story, including a revival at Lincoln Center in New York City. Her last Broadway show was A Chorus Line in the role of Diana Morales (in the "New" New York cast in 1976). This performance led to the preparation of a cabaret act for her. Its opening night, at Freddie's in New York City, drew rave reviews and led to engagements at the Concord Hotel in the Catskills and at clubs in Atlantic City and Los Angeles.