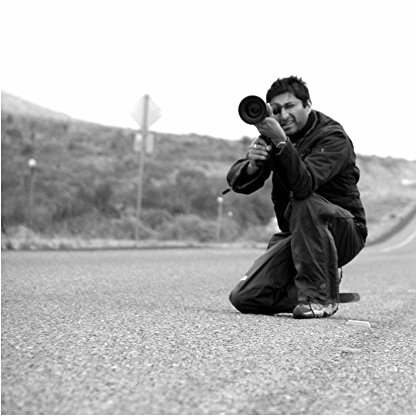 Asif Kapadia was born on 1972 in  Hackney, London, England, United Kingdom, is Director, Writer, Producer. Academy award and four time BAFTA award winning Director / Writer / Producer Asif Kapadia is known for his visually striking films exploring characters living in timeless, extreme and unforgiving landscapes. His films have been box office successes around the world as well as being critically lauded and awarded internationally.Born in Hackney in 1972, Kapadia studied filmmaking at the Royal College of Art where he first gained recognition with his short THE SHEEP THIEF (1997) shot in Rajasthan, India, the film won many international awards including the Second Prize in the Cinefondation section of the 1998 Cannes International Film Festival.Kapadia's distinct visual style developed with his debut feature THE WARRIOR (Film4, 2001), shot in the deserts of Rajasthan and the snow capped Himalaya. The Warrior was championed in the British Press as 'epic' and 'stunning' (Peter Bradshaw, The Guardian) and in 2003 was nominated for three BAFTA awards, winning two for Outstanding British Film of the Year and The Carl Foreman Award for Special Achievement by a Director in their First Feature, as well as being nominated for Best Film Not in the English Language. The Warrior won the prestigious Sutherland Award at the London Film Festival, the Evening Standard British Film Award for the Most Promising Newcomer and the Douglas Hickox Award at the BIFAs for Best Debut Film.FAR NORTH (2007), Starring Michael Yeoh and Sean Bean premiered at the Venice Film Festival. Based on a short story by writer Sara Maitland. Kapadia used the epic and brutal arctic landscape to show what desperation and loneliness can drive people to do.Kapadia's feature documentary SENNA (Universal Pictures / Working Title, 2011), the thrilling story of the Brazilian motor-racing legend Ayrton Senna, was a break out hit at the international box office. The film was Nominated for three BAFTA awards, winning Best Documentary and Best Editing, as well as being nominated for Best British Film. SENNA broke records at the cinema and on DVD & Bluray in the UK. The film has won many awards around the world including the World Cinema Documentary Audience Award at the Sundance Film Festival, Best Documentary at the London Critics Circle, the BIFA award for Best Documentary, the Audience Award for Best International Feature at the Los Angeles Film Festival and was nominated by the Producers Guild of America for the Documentary Theatrical Motion Picture Award 2012.AMY (Universal Music, 2015), world premiered in Official Selection at the Cannes Film Festival and tells the story of Amy Winehouse in her own words. The film was an international box office hit and is the highest grossing UK documentary of all time, overtaking SENNA. AMY won the Academy Award for Feature Documentary, won the BAFTA for Best Documentary as well as being nominated for Outstanding British Film. Amy won Best Documentary at the European Film Awards and was nominated for Best Feature at the International Documentary Association Awards and has received 5 nominations at the BIFA Awards, including for Best Film, Best Documentary and Best Director.
Asif Kapadia is a member of Director 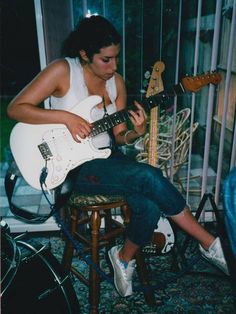 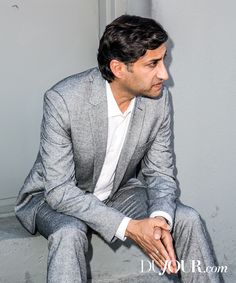 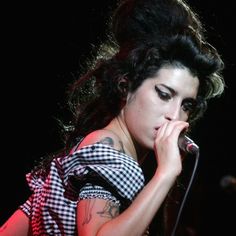 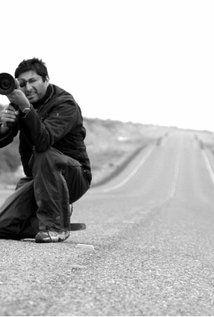 Asif Kapadia was born in 1972 in north London, to a Muslim British family. He attended Newport Film School (formerly part of the University of Wales, Newport, now the University of South Wales), achieved a first-class degree (BA Hons) in Film, TV and Photographic Arts from the University of Westminster and an MA (RCA) in Directing for Film and TV at the Royal College of Art.

Kapadia's first feature film, The Warrior, was shot in the Himalayas and the deserts of Rajasthan. The film caught the attention of The Arts Foundation who in 2001 awarded him a fellowship in Film Directing. Peter Bradshaw in The Guardian described The Warrior as possessing "mighty breadth" and "shimmering beauty"; the film was nominated for three BAFTA awards, winning two: the Alexander Korda Award for the outstanding British Film of the Year 2003 and The Carl Foreman Award for Special Achievement by a Director, Screenwriter or Producer in their First Feature. The Warrior also won the Grand Prix at the Dinard Film Festival, the Sutherland Award at the London Film Festival, the Evening Standard British Film Awards for the Most Promising Newcomer and the Douglas Hickox Award for Best Debut Film. In 2003

Kapadia directed the documentary film Senna (2010), based on motor racing legend Ayrton Senna, which won the BAFTA Award for Best Documentary, the BAFTA Award for Best Editing and the World Cinema Audience Award Documentary at the Sundance Film Festival 2011. He filmed Amy (2015), based on singer Amy Winehouse, which has become the highest grossing documentary of all time in the United Kingdom, and also won him an Academy Award and Grammy Award in 2016. In 2018 he will release the film Maradona, based on Argentine football legend Diego Maradona, with Kapadia stating, "Maradona is the third part of a trilogy about child geniuses and fame."

Kapadia's most recent film Amy is a documentary that depicts the life and death of British singer-songwriter Amy Winehouse. The film was released on 3 July 2015 in the United Kingdom, New York and Los Angeles, and worldwide on 10 July. The film has been described as "heartbreaking", "awe-inspiring", "unmissable", "the best documentary of the year" and "a tragic masterpiece". The film has received 5 out of 5 ratings when it was reviewed at the 2015 Cannes Film Festival in May. The film has become the highest grossing British documentary, and second highest grossing documentary of all time in the United Kingdom, overtaking Kapadia's 2010 movie Senna.

In 2018, a documentary film titled Maradona, based on Argentine football legend Diego Maradona, is to be released. Following on from Senna and Amy, Kapadia states, "Maradona is the third part of a trilogy about child geniuses and fame." He added, "I was fascinated by his journey, wherever he went there were moments of incredible brilliance and drama. He was a leader, taking his teams to the very top, but also many lows in his career. He was always the little guy fighting against the system... and he was willing to do anything, to use all of his cunning and intelligence to win."