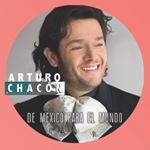 Politician who was active during the Sandinista era in Nicaragua.

He attended Georgetown University in the U.S. before being involved in many coups and rebellions that landed him in jail.

He was one of the primary drafters of the San José Declaration of March 1, 1985.

He and his wife raised a son who bears his name, and is a banker and technocrat.

He was staunchly against the Sandinista movement, unlike Daniel Ortega.