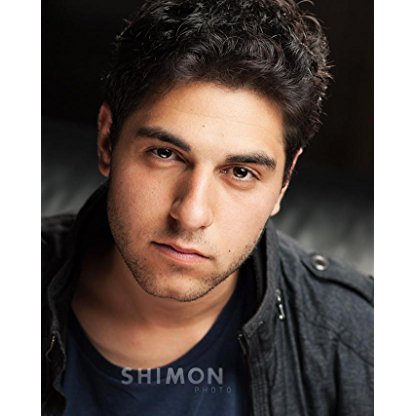 Artin John was born on January 20, 1929, is Actor, Producer, Assistant Director. In school, Artin John Tsambazis could not decide whether to pursue acting, aviation, or law. Now he acts, and the latter two he engages as hobbies. Artin is currently performing for a popular electronic game. He recently played the role of Italian mobster Anthony Skomal, in the Netflix Original Movie, Death Note, based on the Japanese Anime. His credits include Fox's highly anticipated revival of The X Files, Fox's Lucifer, A&E's The Returned & CW shows iZombie, The Tomorrow People, Supernatural, Arrow and Emily Owens M.D. Artin comes from a theatrical background, and has since made the transition to film & television. At age 17 he was awarded a scholarship to the New York Film Academy Universal Studios, but deferred in order to make things happen for himself in the real world. Artin acted in as well as produced the multi-award winning science fiction film 2BR02B: To Be Or Naught To Be, based on the story by Kurt Vonnegut, with his producing partner Derek Ryan Pedersson. Artin and Derek are producing the feature films Druuna:Morbus Gravis (bases on the comics by Paolo Eleuteri Serpieri), and bio-pic Trade(r). Artin has completed a lead role in the acclaimed stage-play A Steady Rain by Keith Huff, reprising the Hugh Jackman Broadway role.
Artin John is a member of Actor 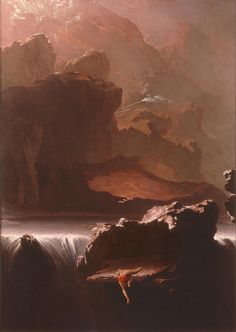 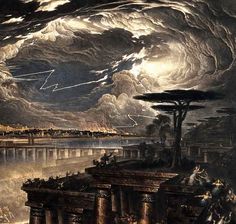 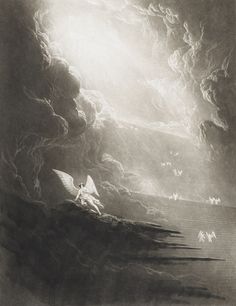 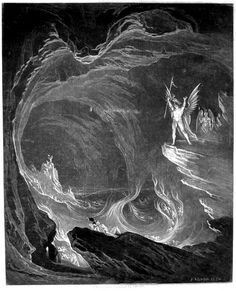 Johnson was born January 20, 1929, in Benton Harbor, Michigan, and is the son of Abraham Lincoln and Edythe Mackenzie (Golden) Johnson. His father was an attorney. Johnson attended the University of Illinois at Urbana-Champaign, where he worked at the campus radio station and the UI Theater Guild with his brother Coslough "Cos" Johnson, and graduated in 1949.

Johnson appeared three times in the 1955–1956 CBS sitcom It's Always Jan, starring Janis Paige and Merry Anders. In 1958, he joined the cast of the short-lived NBC sitcom Sally, starring Joan Caulfield. In it he played Bascomb Bleacher, Jr., the son of a co-owner of a department store, portrayed by Gale Gordon. In 1960, he played Ariel Lavalerra in the film adaptation of Jack Kerouac's novel The Subterraneans. He also appeared on "The Andy Griffith Show" as a hotel clerk in 1962 in the episode "Andy and Barney in the Big City".

In 1960 and 1961, he was cast in three episodes of Jackie Cooper's military sitcom/drama series, Hennesey, also on CBS. The following year, he played "Mr. Bates" in the episode "A Secret Life" on Alfred Hitchcock Presents. He was cast in an episode of Frank Aletter's sitcom, Bringing Up Buddy. He also appeared in "The Whole Truth", a 1961 episode of The Twilight Zone, as an underpaid car salesman who punches dishonest used car lot owner Jack Carson. Before his big breakthrough in Laugh-In, Johnson appeared as Corporal Coogan in the 1962 episode "The Handmade Private" of the anthology series, GE True, hosted by Jack Webb. He played a bumbling navy cameraman on an episode of "McHale's Navy" in the first season.

Johnson appeared in a comedic role as Charlie, a boom-microphone operator who demonstrates to Jack Benny how to tell a joke properly, on The Jack Benny Program, aired on October 2, 1964. The joke performed in the Sketch was the "ugly baby" story, later associated with Flip Wilson.

In 1965, he made a first-season guest appearance on ABC's sitcom, Bewitched as Samantha (Elizabeth Montgomery)'s Cousin Edgar. A mute elf, Edgar is initially sent to observe and undermine Samantha's marriage – all with the blessing of Endora (Agnes Moorehead). Once he sees how happily married Samantha and Darrin Stephens (Dick York) are, Edgar reverses his mischief and gives his (albeit quiet) blessing to their still-new marriage.

Johnson appeared in one of the final episodes of ABC's The Donna Reed Show in 1966. He was cast in the 1967 satirical James Coburn film The President's Analyst, in which he gave a comically chilling performance as a federal agent with a blindly obedient "orders-are-orders" mentality.

Johnson is best known for his work on Rowan & Martin's Laugh-In from 1968 to 1973, on which he played various characters, with his most notable being "Wolfgang," a cigarette-smoking German soldier who believed that World War II was still ongoing, as he scouted the show while hidden behind bushes. He would then invariably comment on the preceding Sketch with the catchphrase "Very interesting ...", which Johnson claimed was inspired by a Nazi character who spoke the line during an interrogation scene in the 1942 film Desperate Journey. Often toward the show's close, he (as the Nazi) would offer words of affection to 'Lucy and Gary' (Lucille Ball and her second husband, Gary Morton). The Lucy Show on CBS was in direct competition with NBC's Laugh-In on Monday night. Johnson reprised the role while voicing the Nazi-inspired character Virman Vundabar on an episode of Justice League Unlimited.

To boost ratings in the third season, Tyrone successfully courted Gladys which led to an on-air wedding on the March 16th 1970 episode during the spring ratings sweep. Tiny Tim played best man, with Carol Channing as the bridesmaid and Henry Gibson officiating. [This event is included on the DVD recording of the episode. Both the bride-to-be and groom-to-be walk out of the church just before the wedding vows were to be said.]

Johnson also starred in the 1971 episode of Rod Serling's Night Gallery entitled "The Flip-Side of Satan," playing ruthless, fringe-leather vested, disk jockey "J.J. Wilson", who is forced to confront his past transgressions.

In 1976, he played the animated cartoon character "Misterjaw", a blue, German-accented shark (with a bow tie and top hat), who liked to leap out of the water and shout "HEEGotcha!" or "Gotcha!" at unsuspecting folks on The Pink Panther Laugh-and-a-Half Hour-and-a-Half Show. He also voiced the character "Rhubarb" on The Houndcats. Also in 1976, he appeared as a guest on Canadian TV show Celebrity Cooks with host Bruno Gerussi and a clip from his episode was featured in the opening credits until the show ended in 1987.

In September 1977, Johnson appeared on an episode of the NBC daytime version of Wheel of Fortune as a substitute letter-turner, both to fill-in for an injured Susan Stafford, and to promote his short-lived NBC game show Knockout, which aired through early 1978. Instead of being introduced by the show's announcer, he would start the show with a small monologue, then the announcer would introduce the day's contestants.

In 1979, he was cast as "Renfield," the comic sidekick of George Hamilton's Dracula in the surprise box office smash, Love At First Bite. The following year he appeared in the all-star television disaster movie Condominium.

In 1985, he voiced "Weerd" in The 13 Ghosts of Scooby-Doo, and played a disgruntled employee denied severance pay in an episode of Airwolf. He also voiced several characters, such as: Dr. Ludwig Von Strangebuck and Count Ray on two episodes of Ducktales, Devil Smurf on The Smurfs, Top Cat and Lou on Yo Yogi!, Newt on Animaniacs, and many other shows.

In 1990, Johnson appeared in an episode of Night Court.

From 1991 to 1992 Johnson appeared in multiple episodes of General Hospital as Finian O'Toole. In 1996, he played the old laboratory head of a team of Scientists working on a serum of youth in Second Chance.

Johnson lives in Southern California with his wife, Gisela. He is a non-Hodgkins lymphoma survivor, having been diagnosed and successfully treated in 1997.

In 2005, he appeared in the Justice League Unlimited episode The Ties That Bind as the voice of Virman Vundabar.

He has performed more than 80 audiobook readings, including Gary Shteyngart's Absurdistan (2006) and Carl Hiaasen's Bad Monkey.