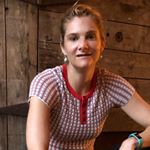 Former NFL and AFL wide receiver whose career spanned from 1959 to 1968.

He was an 11th round pick of the Philadelphia Eagles in 1959.

His parents were Michael and Rose Powell. His brother Charlie Powell also played in the NFL.

He was coached by Al Davis on the Oakland Raiders.