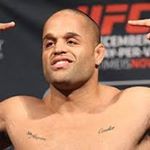 Australian actor, fashion model, and dancer known for his role in the TV series, "Mission Impossible."

He died in his early forties from AIDS-related pneumonia.

He was born in England and moved with his adoptive parents to an Australian sheep farm.

He appeared in the 1986 film, "Jumpin' Jack Flash," which starred Whoopi Goldberg.