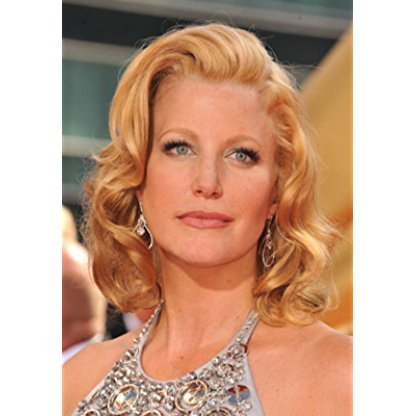 Anna Gunn was born on August 11, 1968 in  Cleveland, Ohio, United States, is Actress, Soundtrack. An actress on both stage and screen, Anna Gunn has portrayed a vast array of complex and powerful characters throughout her career.Anna grew up in Santa Fe, New Mexico after her parents transplanted the family from Cleveland, Ohio to the Southwest in the late seventies. She discovered acting in a drama class at the Santa Fe Preparatory School and was fortunate to study with two formidable teachers from the Actor's Studio as a teenager. She continued her education and training at Northwestern University's renowned theatre department, winning a coveted scholarship award in her junior year. During her time at Northwestern, Anna went abroad for a semester to study with the British American Drama Academy and had the marvelous opportunity to perform in the school's final project at the famed Royal Court Theatre in London.Anna has moved between television, film, and theatre with much ease. In 2004, Anna landed her breakout television role, playing Martha Bullock on HBO's seminal show, Deadwood (2004) and later received a SAG nomination for Best Ensemble Cast in 2006. Anna's association with Deadwood (2004) creator David Milch began early on when she first worked with him on his hit drama NYPD Blue (1993), giving a memorable performance as Kimmy, a junkie longing to escape New York to swim with the dolphins. Anna made such an indelible impression on Milch, that almost nine years later she became the template for the pivotal and complex character of Martha. Another major recurring role for Anna was on David E. Kelley's The Practice (1997), delivering a notable turn as ADA Jean Ward opposite Dylan McDermott and Lara Flynn Boyle. Her extensive television credits also include starring roles in several made for TV movies and major guest starring appearances on such shows as Duoi Sau Tat Dat (2001), ER (1994), Boston Legal (2004), Law & Order (1990) and Seinfeld Va Nhung Nguoi Ban (1989).Highlights of Anna's feature film work include the dark comedy, Nobody's Baby (2001), in which she starred with Gary Oldman and Mary Steenburgen; the film premiered at the 2001 Sundance Film Festival. In 1998, she played opposite Jon Voight in Tony Scott's summer blockbuster, Enemy of the State (1998). Her first starring role was in 1995's independent thriller, Without Evidence (1995), along side Angelina Jolie. Anna was recently in Kevin Smith's Red State (2011). Her upcoming films include Little Red Wagon (2012) and Sassy Pants (2012), for which she received a nomination at the 2012 Milan Film Festival for Best Supporting Actress.Anna is also a highly regarded and much sought after actress of the stage. In early 2009 she created the leading role of photojournalist Sarah Goodwin in Donald Margulies' world premiere production of Time Stands Still, directed by Daniel Sullivan at the Geffen Playhouse in Los Angeles. In 1999 she starred as Isabella in Measure for Measure at the Ahmanson Theatre helmed by the famed director Sir Peter Hall. In 1997, Anna was brought east to make her Broadway debut alongside Roger Rees in The Rehearsal at the Roundabout Theater. Before that she played on the LA circuit, including the 1995 American premiere of Hysteria directed by Phyllida Lloyd at the Mark Taper Forum. Before settling in Los Angeles, Anna built an impressive background performing on stage in Chicago. She received exceptional reviews in Uncommon Ground at the Northlight Theatre, and playing opposite Jeremy Piven in Keith Reddin's Peacekeeper at the American Blues Theatre. She even landed her first professional acting role, playing Lucy Lockit in the critically acclaimed production of The Beggar's Opera at the Court Theatre while still an undergraduate at Northwestern University. In late 2011, Anna immersed herself in the role of Marie Curie for Alan Alda's world premiere of Radiance: The Passion of Marie Curie, directed by Daniel Sullivan at the Geffen Playhouse and received rave reviews.She starring as Skyler White on AMC's Emmy award-winning series Breaking Bad (2008); a role that garnered Anna a 2012 Outstanding Supporting Actress in a Drama Series Emmy Nomination until she won in 2013-2014, a 2012 Best Supporting Actress nomination by the Broadcast Television Journalist Association for a Critics' Choice Television Award, and a 2012 & 2013 Screen Actor's Guild Award for Best Ensemble Cast. The cast was also the recipient of the 2008 Peabody Award and won an AFI Award both in 2008 and 2011. The show was also nominated in 2013 by the Hollywood Foreign Press Golden Globe's as Best Television Drama until it won in 2014.
Anna Gunn is a member of Actress 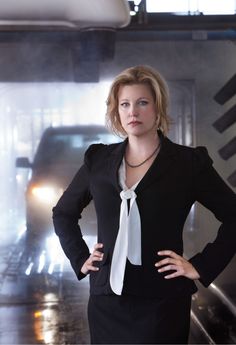 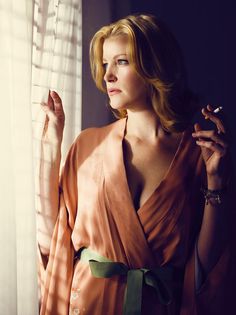 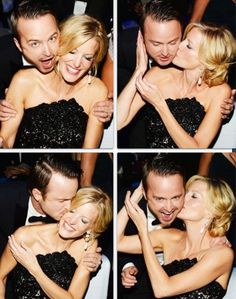 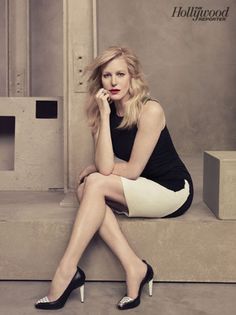 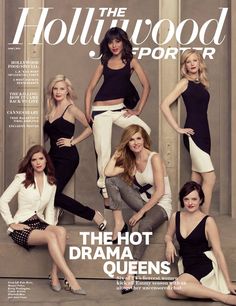 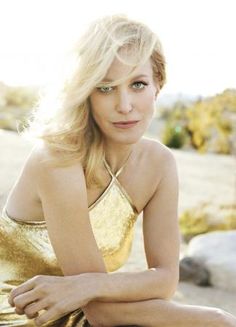 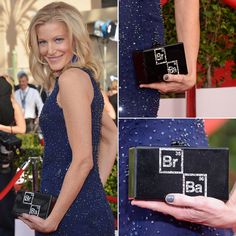 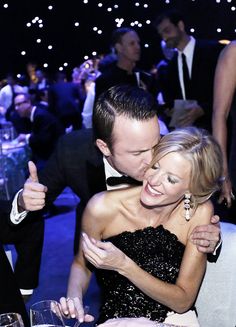 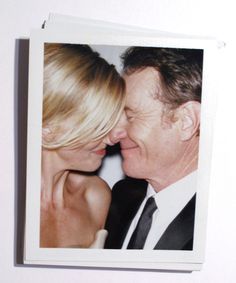 Gunn was born in Santa Fe, New Mexico, the daughter of Sharon Anna Kathryn "Shana" Gunn (née Peters), an interior designer, and Clemens Earl Gunn Jr., who worked in real estate. She graduated from Santa Fe Preparatory School in 1986. She attended Northwestern University, where she majored in theater and graduated in 1990. During fall of 1988, Gunn spent a semester abroad to study at the British American Drama Academy. After moving to Laurel Canyon, Los Angeles, she shared a house with Pamela Adlon.

Gunn married Scottish actor and real estate broker Alastair Duncan in 1990. They divorced in 2009. They have two daughters together: Eila Rose and Emma.

Gunn played a recurring role as Assistant District Attorney Jean Ward on the ABC series The Practice from 1997 to 2002, and was a regular as Martha Bullock on HBO's Deadwood from 2005 to 2006. She appeared on Seinfeld in the episode "The Glasses", in the Six Feet Under episode "Parallel Play", and on the first season of Murder One.

Gunn provided the voice for Ariel in the Legacy of Kain series of video games. She also appeared in the Quantum Leap episode "The Play's The Thing". In 2011, she played a lead role in the Lifetime movie Secrets of Eden, opposite John Stamos. Her other film credits include Without Evidence, Enemy of the State, Treading Water, Twelve Mile Road, and Red State.

Gunn is known for her role as Skyler White in the AMC drama series Breaking Bad. In 2012, 2013, and 2014, she was nominated for the Primetime Emmy Award for Outstanding Supporting Actress in a Drama Series for her performance, winning in 2013 and 2014. In August 2013, she wrote an op-ed piece for The New York Times examining the public dislike directed toward her character.

In February 2013, the cable network Bravo announced Gunn would star in a television pilot for a one-hour drama, Rita, based on a Danish TV series about a private-school Teacher and mother. The Fox TV Studios pilot was to be written by Krista Vernoff and directed by Miguel Arteta.

In 2014, Gunn starred Off-Broadway with Billy Magnussen in Sex With Strangers, directed by David Schwimmer at Second Stage Theatre.

Gunn starred in the 2016 film Equity. Billed as the first female-driven Wall Street movie, the film premiered at the 2016 Sundance Film Festival.