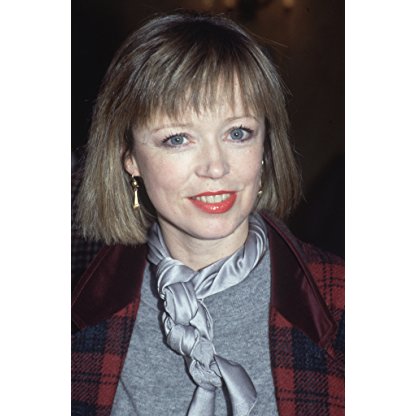 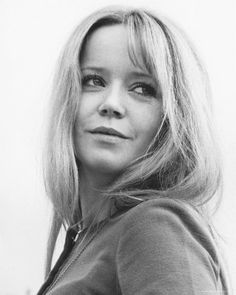 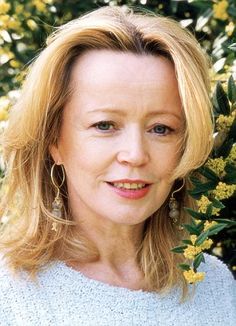 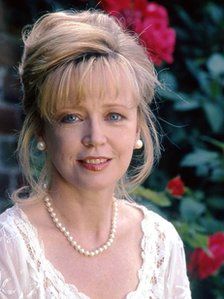 When she was two, in 1946, her family moved from 13 Engel Park, Mill Hill, to Cardiff. Rees had two brothers and a sister. She attended the independent Commonweal Lodge School, then the Sorbonne in Paris for two terms and the Rose Bruford Drama College in Kent. She also studied at the University of Madrid and taught English in Spain before acting in repertory theatre in England.

Rees made her television debut as a parlour maid in 1968 in an adaptation of Shaw’s Man and Superman, appearing alongside Eric Porter and Maggie Smith. Other appearances in various television dramas and comedy series quickly followed, including The Way We Live Now, The Avengers, The Wednesday Play, Doctor in the House, Crown Court, and Within These Walls.

She starred as the fictional murderous daughter of Jack the Ripper in the Hammer horror Hands of the Ripper (1971) and the following year’s star-studded film version of Under Milk Wood (1972) starring Richard Burton, Peter O'Toole and Elizabeth Taylor. Her other film roles included Jane Eyre (1970), To Catch a Spy (1971), The Love Ban (1973), Moments (1974), La petite fille en velours bleu (1978), The Curse of King Tut's Tomb (1980), the television miniseries Master of the Game (1984) and The Wolves of Kromer (1998) a British-made fantasy film, narrated by Boy George.

On 18 September 1973, Rees married the actor Christopher Cazenove, who had made his name at around the same time in The Regiment. They had two sons: Linford James (20 July 1974 – 10 September 1999) and Rhys william (born 1976). Linford was killed in a car accident on the M11 motorway in Essex while driving to pick up books from Cambridge University, where he had been awarded the degree of Master of Philosophy. Cazenove and Rees divorced in 1994 but remained close. Cazenove died from the effects of septicaemia in 2010.

Her most notable early roles included the daughter of Winston Churchill (played by Richard Burton) in The Gathering Storm (1974), Lucy in Dennis Potter's television play Joe's Ark (also 1974), and as Celia in As You Like It opposite Helen Mirren (1978). Director Alan Bridges said of Rees' performance in Potter's television play that it was one of the finest performances he had ever witnessed.

From 1975 to 1977 she played the lead role of Demelza in the BBC TV costume drama Poldark, the role that she is most closely associated with, appearing in all but the first episode.

Folliowing the death of her son Linford in 1999 she turned her back on acting and concentrated on her passion for jewellery design. Rees founded a jewellery design company, Angharad, based in Knightsbridge. Pieces that she designed and produced featured in the film Elizabeth: The Golden Age (2007).

Rees had a relationship with British actor Alan Bates; on 29 April 2005, after Bates' death, Rees married David McAlpine, a member of the McAlpine construction company, at The Royal Hospital Chelsea, London. She remained married to McAlpine until her death.

A memorial Service was held for her at St Paul's Church, Knightsbridge, London on 27 September 2012 at which Downton Abbey creator Julian Fellowes led the tributes. He said "If there was one thing she was superb at, it was friendship. And not just sympathetic friendship, but hard-working, useful, practical assistance. She was anxious, I think, that she should not be defined, entirely, as the star of a popular series, as one half of a golden couple, as a mother and hostess, although she excelled in all of these. She wanted also to be remembered as a serious Actress whose early career might have gone on to greatness had she not made the personal decision to change direction [by having a family]."

She toured in the Bill Kenwright production of Oscar Wilde’s An Ideal Husband, directed by Peter Hall, with Michael Denison and Dulcie Gray and appeared regularly with John Mortimer in Mortimer’s Miscellany, his self-devised anthology of poetry and prose presented at theatres around Britain.